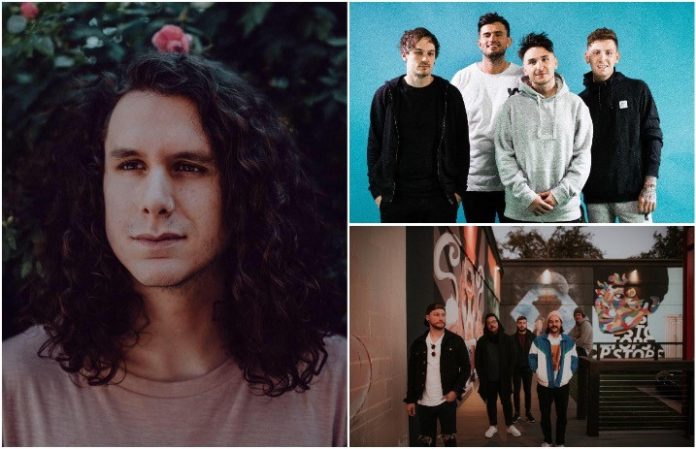 Check out A Day To Remember, All Time Low, Every Time I Die and more at Rockfest—plus, don’t miss WOES’ new music video. Check out the news you might have missed today below!

Read more: This guy hacked his car to play “Africa” by Toto whenever he opens his door

1. Thy Art Is Murder, Emmure, Miss May I and Knocked Loose announce tour

Thy Art Is Murder, Emmure, Miss May I and Knocked Loose are hitting the road in Europe this summer. Grab tickets here.

Scottish pop-punk band WOES released a new music video for “High On You.” They will be on tour this summer with Frank Carter & The Rattlesnakes, and you can check out tour dates below. Get your tickets here.

Hi. We’re very excited to announce our first ever weekend run. Check out the dates below and let us know if we’ll be seeing you! RT!!! pic.twitter.com/0oHIgGsXpi

Better Love announced April tour dates, and you can check out the dates below.

Hungover released a new video for “Three’s Company,” taken from their album WILT. The pop-rock band is expected to re-release the album March 30, and you can preorder WILT here.

YUNGBLUD just released a music video for “Polygraph Eyes.” Their self-titled album is out now, and you can get a copy here.

A Day To Remember, All Time Low, Every Time I Die and several other great bands are on the lineup for Rockfest this summer. You can catch this awesome festival June 14-16 in Canada. Grab tickets here before they’re gone.