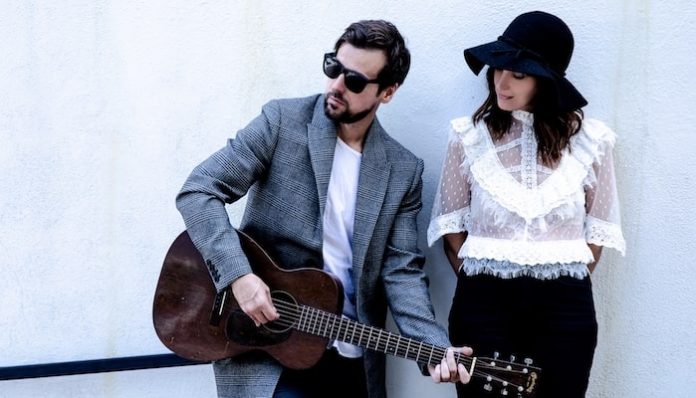 Our Lady Peace frontman Raine Maida and singer-pianist Chantal Kreviazuk are offering fans another taste of their new project Moon Vs Sun this week.

On Friday, they debuted a dreamy new video for their second single “Lowlight,” which was shot in Louisiana.

Over the years, Maida and Kreviazuk have forged musical careers of their own while being married for two decades. Maida is best known as the lead singer of the Canadian rock group Our Lady Peace. Meanwhile, Kreviazuk is an adult pop artist and classical pianist who has won two JUNO Awards.

Outside of their own musical projects, they’ve also worked with plenty of different artists. In the past, Maida and Kreviazuk have written music for artists such as Drake, Shakira and Avril Lavigne to name a few.

As two widely successful musicians, it’s really no surprise the couple has now come together for a musical project of their own. Last month, they introduced Moon Vs Sun with their powerful debut single “St. Josephine.”

Now, Moon Vs Sun are back with their second song “Lowlight,” which is accompanied by a whimsical new video. While the visual was filmed in Louisiana, the duo wrote and recorded their new album on a small island off the coast of Newfoundland. During that time, they also filmed a new documentary called I’m Going to Break Your Heart.

The “Lowlight” video truly shows Maida and Kreviazuk at their best. While wandering around the picturesque coastline, the couple is joined by a joyous marching band. Together, they find themselves all cheerfully parading around.

Amidst the song’s upbeat folk influences and well-crafted lyrics, Maida and Kreviazuk’s passion for their new project couldn’t be more clear. Ultimately, this new single gives a perfect preview of what fans can expect from their forthcoming LP.

Moon Vs Sun’s new album and documentary I’m Going to Break Your Heart are slated to arrive April 23. Last month, the couple told Variety just how their new film has impacted their relationship.

“I truly believe that every couple should be filmed interacting,” Kreviazuk says. “[They] should be filmed doing a project, and we would live in a different world. Actually, everybody can be filmed interacting with others, at work or strangers, in any kind of transaction. I don’t think people are aware of their own facial expressions, their tones and timbres and they really matter, you know? Making the film impacted our communication.”

What are your reactions to the “Lowlight” video? Which new song from Moon Vs Sun is your favorite so far? Let us know in the comments below.