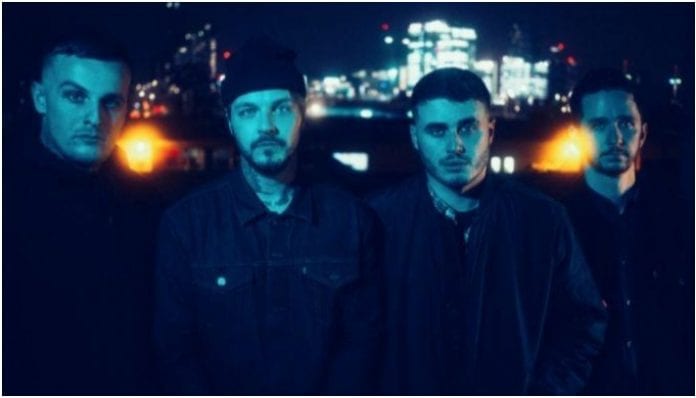 Moose Blood announced they are stepping away from music following what they described as a traumatic year. Earlier today, Good Charlotte removed the band as support for their upcoming U.K. tour following reactions to past allegations against Moose Blood.

You can view Moose Blood’s full statement below.

“It breaks our hearts to have to write this but it’s something we need to talk about. We feel as though we can’t stay quiet about this any longer,” the band says in the statement. “We have been condemned in the absence of fact off the back of serious false allegations, and a situation concerning our former drummer.”

“We are genuine, decent human beings who work hard at something we love,” the band continues. “We take slight comfort in knowing that the people who do actually know us, knows this to be true. Rumours have escalated beyond belief and it makes us sick to our stomachs that we have been very wrongly labelled with these horrendous, incorrect terms.”

“If certain people actually did their research and knew one ounce of truth about the situation then we would not be in this position. You can’t wrongly label innocent people. Your words have very real effects and consequences. You are part of the problem and the reason why social media can be such a toxic place.”

“It has been a traumatic past year or so that has left us feeling like we need to step away,” the band continues. “We need to concentrate on all the good we have in our lives without constant concern of what may happen next. We need to be around the people we love, and the people that love us, and focus on our health and happiness.”

“To everybody that has supported us, stood by us, and spoken out on our behalf, we thank you and appreciate you more than you’ll ever know. You’ll never know the battles people may have going on personally, so please think twice before you try to destroy someone over the internet. Actually consider the words you use and actions you take. Take care of each other. Let love win.”

Nearly a year later, the band defended vocalist Eddy Brewerton following allegations that emerged in fall 2017, saying they are “entirely false and [they] strongly refute it.”

Shortly after, Movements dropped from Moose Blood’s Australian tour citing a commitment to their fans who were speaking out against their decision to hit the road with the band.