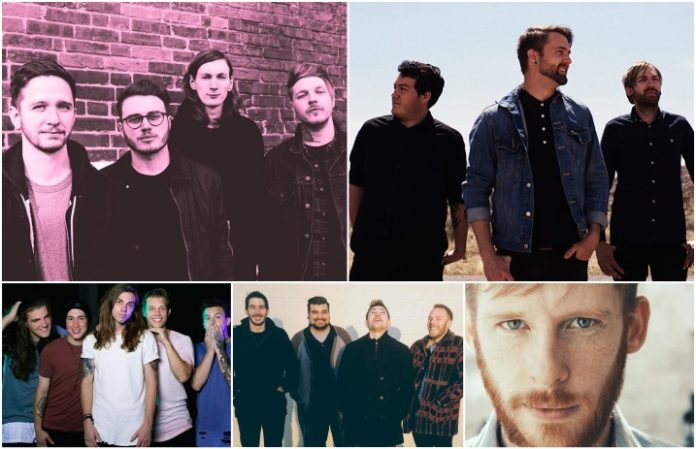 Moose Blood bring along the Dangerous Summer for an upcoming tour, Oh, Weatherly sign to Hopeless Records, and the Major Minor hit the road. Check out some of the news you might have missed today below.

Read more: Fidget spinner phones are actually a thing (we're not sure why)

Moose Blood and the Dangerous Summer head out

English emo-rockers Moose Blood will start the new year off right with a U.K. run this March, and the recently reunited the Dangerous Summer will be in on the tour action! Get the complete list of cities and dates below.

Dallas, Texas-based alt-rock upstarts Oh, Weatherly have announced their signing to Hopeless Records—check out the above video announcement. You can hear the band's new single “Make You Bright” right here.

The Major Minor get going

Detroit pop-punkers the Major Minor will be on the road supporting Stories Untold on their Feels Like Home Tour this fall—get the dates below. Listen to the Major Minor's debut, six-song EP, Different Light, right here!

Kevin Devine says you don't have to

Listen to Kevin Devine's beautiful “No One Says You Have To” featuring indie-pop rockers the Mynabirds. The tune's from Devine's upcoming album, We Are Who We've Always Been, out Oct. 20 on Procrastinate! Music Traitors.

Reggae-rockers Dirty Heads premiere their new song “Celebrate” with a stunning video-art visual, above. Check out the song on the band's new album, Swim Team, out this Friday, Oct. 13—buy or stream the record here.

The Front Bottoms rock out

New Jersey pop-punk outfit The Front Bottoms dropped by Paste Studios in NYC to play some songs from their new album Going Grey, out Oct. 13 on Fueled By Ramen. Get your Going Grey pre-order on right here.

Knocked Loose and Terror team up

[Photo by: Lambgoat]
Knocked Loose and Terror will reportedly tour together soon, according to Lambgoat. “By the time this airs, I think the tour with Knocked Loose will be announced,” Terror frontman Scott Vogel told Hatebreed's Jamey Jasta on a recent episode of The Jasta Show. “If not, I'll edit this out…”