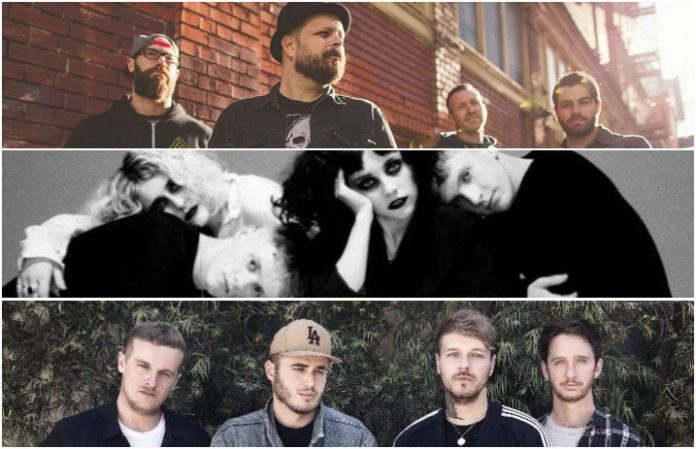 Hear a new song from the Happy Alright—plus, catch Punchline on tour. Check out the news you might have missed today below!

Read more: Snapchat has a new update, and people aren’t happy about it

1. Pale Waves released their new music video for “The Tide.”

The track is taken from their forthcoming EP All The Things I Never Said, out March 16.

2. Moose Blood announced special in-store signings for I Don't Think I Can Do This Anymore.

Celebrating the release of ‘I Don’t Think I Can Do This Anymore’ with in-store performances/signings in Bristol, London and Canterbury with HMV and FOPP. A limited edition pink vinyl will be available. More info @ https://t.co/QNb7yVNV6i pic.twitter.com/xEcr5bYT1C

The signings will be held in Bristol, London and Canterbury, with I Don't Think I Can Do This Anymore out March 9.

LET'S GET WEIRD TOGETHER!!!

SkyTigers is set to be released digitally March 9, and it can be preordered here.

We're happy to announce on this 37th day of the year that the name of our next album is LION. Here's a list of our Spring tour dates in support of the new LP. <37 #punchlion pic.twitter.com/0noTssQDck

They'll be taking the Stolen along for the ride.

It's taken from their upcoming EP Run Home, out Friday.