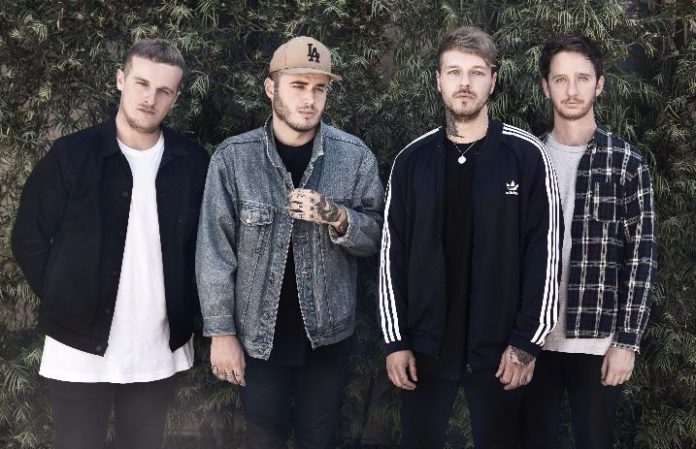 Moose Blood have debuted their new song “It's Too Much,” the newest song from their upcoming album I Don't Think I Can Do This Anymore.

The band channel new energy on their vibey new track “It's Too Much,” which you can listen to below.

The band debuted their new song “Talk In Your Sleep” last month, after teasing its release in the coolest way: By letting fans download the sheet music and create their own interpretation of the song before it was even officially released.

I Don't Think I Can Do This Anymore is set to be released March 9, and it's currently available for preorder here.

Plus, the band have announced a spring North American headlining tour with support from Lydia and McCafferty. Check out the full list of cities and dates below!