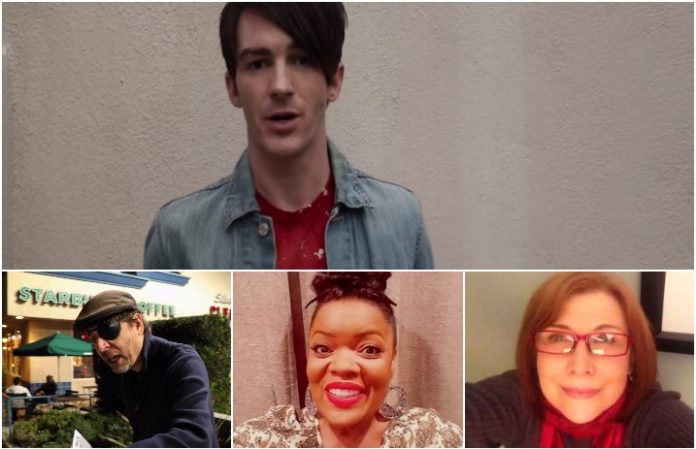 Following Drake Parker’s desperate plea to help find Walter, the internet had two major questions: 1) Where is Walter? And 2) Is Drake & Josh making a comeback?

Well, it seems like there might be hope for a reunion—more Drake & Josh actors have started making videos in an attempt to track down Walter Nichols.

In the first video, Drake pleads with viewers in the San Diego area to keep an eye out for Walter and to let him know if anyone has spotted him. He also includes a video of Walter digging through someone's trash before running off.

Drake also calls on Helen (Yvette Nicole Brown) to help find Walter—and, of course, she still blames everything on Josh. (And still has her little crush on Drake… Don't we all though.)

“When things go awry, I just always blame Josh,” she says. “It's usually him.”

Even more, Drake has rounded up THE Foam Finger Guy (Fred Stoller)—who we find out is now technically Bobblehead Guy—to help narrow down a lead as to where Walter might be. He’s handing out posters (and calling “Cops, Cops!”) in an effort to locate him.

And, of course, Drake’s mom Audrey (Nancy Sullivan) makes a plea in an attempt to find her husband. She's most worried because it’s getting cold out there. However, she did get a dog named Bruce… after Bruce Winchell the weatherman? Things are starting to get suspicious.

Though it’s still unclear who’s behind it all—or if there really is a reunion in the works—we can’t help but wonder… Where is Walter? People from as far as South Amereeka are wondering the same thing! (In case you were wondering—Drake still doesn't seem to know how to pronounce South America.)

Our guess? We still blame Megan, of course.

Jonathan Goldstein, who plays Walter, also posted a photo on his Instagram with the #WheresWalter logo, captioning, “Brace yourselves.”

Do you think there's going to be a Drake & Josh reunion? Let us know in the comments!