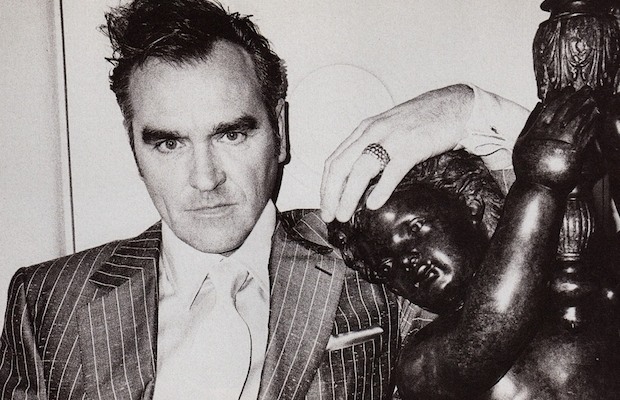 On the heels of yesterday's Los Angeles and New York show announcements, Morrissey has unveiled the full routing for an upcoming spring tour of U.S. via semi-official fanzine True-To-You.

This marks Moz's first proper tour in nearly 14 months. His only live appearance since March of 2013 took place at a Dec. 11 Nobel Peace Prize ceremony in Oslo, Norway.

Throughout late 2012 and well into 2013, the former Smiths frontman was forced to postpone and cancel dates in North and South America due to family matters, illness, and unforeseen logistical problems.

Many of the markets skipped will be revisited on the singer's upcoming routing. Check it out below:

So far, only support for Los Angeles and Brooklyn, N.Y. has been announced, with Kristeen Young opening both, and special guests Tom Jones at the former and Sir Richard Cliff at the latter. Additional lineup and ticket information will presumably come along with the formal tour announcement, no later than tomorrow, however, it appears that shows will go on sale Feb. 21.

Morrissey is currently hard at work on his tenth studio album in France with producer Joe Chiccarelli. The long-awaited record is expected to arrive later this year.