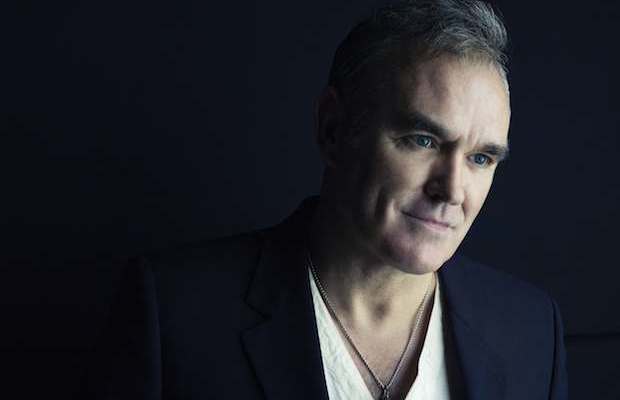 Morrissey has debuted a new single, “Earth Is The Loneliest Planet,” along with third spoken word video to accompany it.

As with previous singles and videos “Istanbul” and “World Peace Is None Of Your Business,” “Earth Is The Loneliest Planet” is slated to appear on the former Smiths frontman's tenth full-length album, World Peace Is None Of Your Business, which is due out July 15 via Harvest Records. Produced by Joe Chiccarelli and recorded earlier this year in France, World Peace arrives more than five years after the singer's last release, Years Of Refusal.

“Earth Is The Loneliest Planet,” “Istanbul,” and “World Peace” are among the new tracks Moz has been performing live during his current U.S. tour. A fourth, “The Bullfighter Dies,” is also expected to see an official single release, and its spoken word video leaked briefly online last month before being pulled.

In his latest video, Morrissey poetically recites lines from the track while standing on the roof of the famed Capitol Records building, overlooking the Los Angeles skyline. Like Nancy Sinatra in the video for “World Peace,” Pamela Anderson makes a silent cameo. Listen to the single and watch the video below.

“Earth Is The Loneliest Planet” – Audio

World Peace Is None Of Your Business is available to pre-order now in a variety of physical formats and bundles, as well as on iTunes. “Loneliest Planet” is also available as a standalone single. You can check out the remainder of Morrissey's tour routing, which, so far, has gone on without a hitch, following a rocky 2013, below.

In further Morrissey news, it was revealed yesterday, via the singer's semi-official site, that the publishing rights for his and The Smiths' catalogs have expired, and that he would be shopping for a new publishing company. Additionally, the 20th anniversary “definitive remaster” of the Morrissey's 1994 album Vauxhall And I was released this week in a variety of formats.