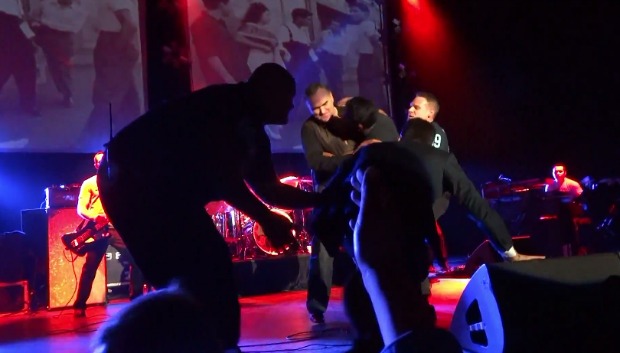 After a series of canceled shows in the Bay Area, Morrissey launched a new tour at the City National Civic in San Jose, California, on Wednesday night (May 7). Fans at the show got overly excited and began rushing the stage, trying to hug the singer during a performance of his second encore, “One Day Goodbye Will Be Farewell.” Things clearly got out of hand as a mob of fans began to fight with security to get closer to the former Smiths singer. Morrissey, 54, was eventually tackled and knocked over, ending the concert.

Watch video of the incident below (most of it starts at the one-minute mark):