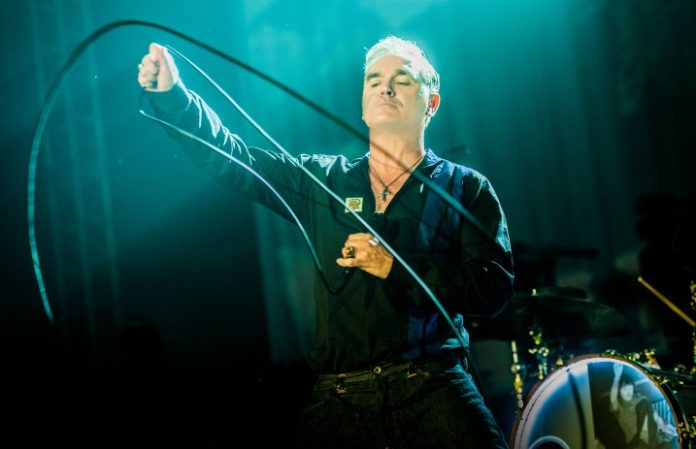 After getting heat from his controversial opinions about the sexual misconduct allegations against Kevin Spacey and Harvey Weinstein​ on interviews with Germany's Spiegel Online and UK's The Sunday Times, Morrissey shared a post on his official Facebook page declaring he would never speak to print media again.

“Music is eternity, and the call of 2018 is the time to be new and different,” he wrote. “But you must forget the print media who are infatuated with their own reflection and do not want yours.”

The singer also demanded the German outlet to share the unchopped audio from their interview, which the magazine has done, proving Morrissey was not misquoted in the story.

Consequence of Sound reported the relevant audio starts at around 20:40 and confirms the quotes shared by Spiegel Online were accurate. “Rape is revolting, any kind of physical attack, but we must keep it in perspective, otherwise everyone on the planet is guilty,” the musician said.

When talking about sexual abuse allegations, Morrissey also told the German magazine: “You also must wonder if people know exactly what’s happening and they go along with it. But then when it’s happened, they find that they’re either embarrassed or they didn’t really like it.”

“So then they reverse it and say, ‘I was ambushed, I was taken by surprise, I was dragged into the room.’,” he continued victim-blaming. “Which if the incident had gone very, very well and they’d really enjoyed it and it’d led to an incredible career, they wouldn’t mention it…”

So, here it is: Morrissey got what he wanted from Spiegel Online, but it doesn't look too good for him.