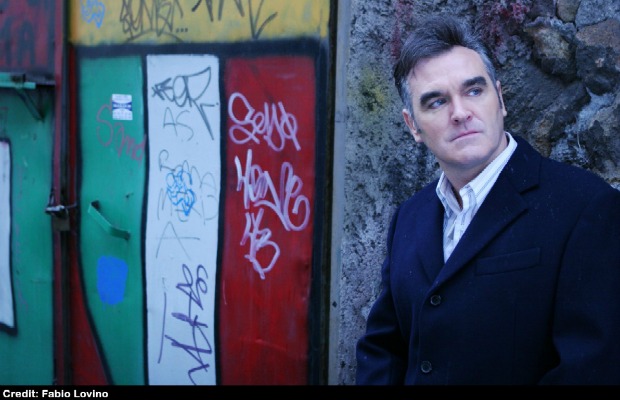 Morrissey's Autobiography was published last month in Europe, debuting at number one on the UK book charts, and smashing records for a music memoir.

The book, which reveals previously unknown details about the singer's sexuality, personal life, relationship with the media and press, thoughts on his former band, The Smiths, and insight into his upbringing, was released on paperback through Penguin Classics, a topic of some controversy, as that banner is usually reserved for older, more established works.

Though it was without a U.S. publisher at launch, it was announced late last month that a hardcover edition of Autobiography would arrive in the U.S. on Dec. 3 via Putnam, an imprint of Penguin. The memoir is available now for pre-order, and its U.S. cover art has just been revealed. Similar to the UK cover, you can check out Autobiography's U.S. hardcover edition below:

It was also just announced yesterday that Autobiography will see a special hardcover release in the UK on Dec. 5, once again through Penguin Classics. Boasting an alternate cover, the special edition of the book features new full color photos selected by Morrissey, as well as a complete discography of the singer's work. The release will coincide with the previously announced audiobook edition, set to be narrated by actor David Morrissey (no relation).

Check out the special edition artwork below, featuring a photo by Jake Walters:

A U.S. paperback edition is expected to arrive at a later date.

Are you planning on picking up a copy of Autobiography? Let us know in the comments!