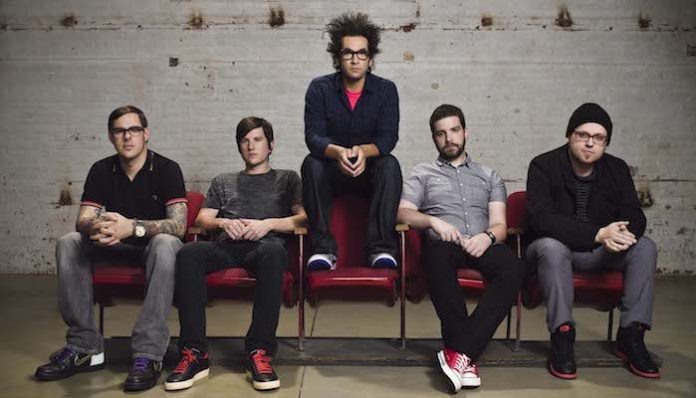 Motion City Soundtrack announced a series of U.S. headlining dates for next year that begin on New Year’s Eve.

The band announced the the January run on Monday on social media.

In the official announcement, they had a simple message for fans: “Don’t Call It A Comeback.”

The announcement comes after the band teased fans last week on Twitter with the date “12.31.19” as the caption, leading fans wondering what it could mean.

Well now we know its a tour, and it will be the band’s first time performing since September 2016.

Tickets for the run go on sale Friday at 10 a.m. here. You can check out the full list of dates for the shows below.

He told us that unlike most sordid band breakups hidden under a thick veneer of fake smiles and forced well-wishes, real life was the official cause of MCS’ adjourning. Having witnessed what some of his fellow bandmates endured during the last few years of touring, being out on the road for consecutive months away was not something he was willing to do.

“When Motion City played our last show in Chicago, it was really exciting and emotional,” Pierre says. “It was sad, it was beautiful, it was a great ending. It felt really good. But I also felt a lot of relief. I think we all did. It was like we were on a train heading somewhere, and it was slowing down, slow enough for us all to be able to where we could get off. And it was like, ‘Maybe we should just get off?’

“We all kind of wanted to focus on other things,” he continues. “Mainly family stuff, like being around and being around for events like birthdays and Halloween and Christmas and all that shit. Seeing the effects that touring constantly had on Josh’s [Cain, MCS guitarist/vocalist] relationship: He’d tell me these things where his kid would FaceTime him and [say], ‘Why are you gone? Why aren’t you here?’” And I was like, ‘Oh my God, that’s going to be me.’ So I tried to use that and learn from that. I think we all reached the point where we had to kind of back away from touring.

“So once that happened, I was great!” he reveals triumphantly. “I ate pizza and ice cream every day, and I hung out with my kid, and it was super-fun, and I gained 25 pounds.”

“One of [my] nieces and nephews referred to me as ‘Fat Santa.’ And that’s when I said, ‘Aw shit. I better do something about this.’ So sometime in the last year, I started working out like crazy. I’m down 35 pounds now; I’m actually in better shape than when MCS ended.”

Elsewhere in the podcast, Pierre discusses his near-midlife crisis of not having any real-life skills; a love of French new-wave film of the late ’50s and ’60s (which figures big in the cover art and videos for the new album); his communication with his former bandmates; the brevity of his new songs; and what he’d suggest music fans should do while listening to In The Drink. Spoiler alert: You might not want to shake his hand…

Listen to the full podcast here.

What do you think of the Motion City Soundtrack tour? Sound off in the comments below!