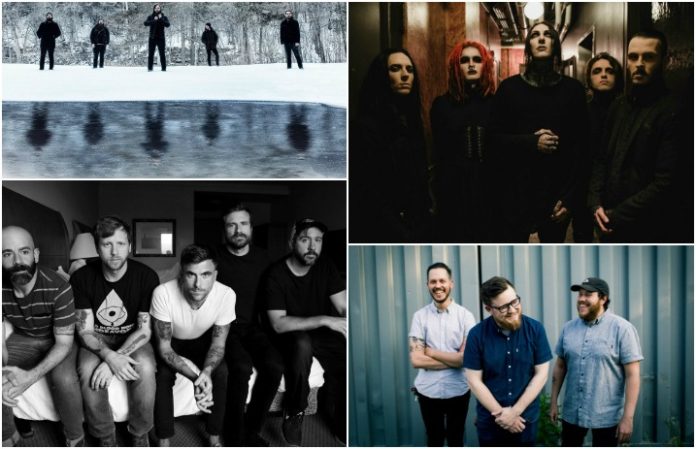 [Photo by: Circa Survive/Hayley Rippy]

Catch Dead Leaves on tour—plus, get a behind-the-scenes look at the making of Circa Survive's new record. Check out the news you might have missed today below!

1. Circa Survive have shared behind-the-scenes footage from the recording sessions for their new album, The Amulet.

The Amulet is set to be released Sept. 22.

2. Motionless In White announced that they’re set to release Graveyard Shift on vinyl.

It’s set to be released Sept. 29, and it’s available for preorder here.

3. Dead Leaves announced a run of shows on their way to The Fest in Florida.

The run of dates will take place this October, starting in Columbus and ending up on Oct. 27 in Gainesville for The Fest.

@deadleavesoh is headed out on the road again on their way to Fest! pic.twitter.com/sAd5QIkKmY

4. Norma Jean debuted a music video for their song, “I. The Planet.”

The track is taken off their most recent album, Polar Similar, which was released Sept. 9.

Let’s be real, we’re all ready for this.