The buzz has been building around Mötley Crüe biopic The Dirt, which stars Machine Gun Kelly as drummer Tommy Lee. Earlier this month, we received word that the rapper will be joining the rock icons for a collab track for the film, and it’s coming sooner than we think.

As if we weren’t already excited enough for the upcoming Netflix flick, we got a glimpse of the film yesterday and we’re now getting the first trailer.

The new trailer gives us a look at the band’s rise (including their interaction with A&R rep Tom Zutaut played by Pete Davidson) and all the crazy things that came with it.

The Dirt hits Netflix March 22, and you can check out the trailer below.

More on Machine Gun Kelly and The Dirt

However, last month, MGK opened up about what it was like playing Lee in the upcoming film based on the band’s wild past.

The Dirt is based on the group memoir the band wrote in 2001 of the same name. MGK spoke to Billboard about what the book meant to him growing up and what it was like embodying a character as big as Lee.

He told Billboard that The Dirt was his “Bible” when he was 13-years-old. However, he now realizes that he might have had the “wrong idols” growing up.

“When you’re 13, you don’t really understand problems too much, so you’re just looking at all the things that glitter. It wasn’t until we were on set and doing these scenes that we were like, ‘Whoa, this is dark. What are people going to think about this?’” the rapper said. “But there’s something about the truth in that book — the fact that you do fall in love with these people [who] then do this giant nose dive into this dark place.”

MGK described Lee as the “puppy dog” of Mötley Crüe. He added that people tend to love him more when he makes mistakes. He also recalled the first time he met Lee in Atlanta, and said the two partied together at a show. The actor also revealed what is was like to dress like Lee, shag hair and all.

“Tommy was big into Chucks and stuff like that back in the day. He was always wearing some combo of high white tube socks with [Nike] Cortezes with full hair metal glam gear,” the actor said.

On the surface, the film might just seem like a story of a badly behaved band who did outrageous things. But, MGK believes the film had a deeper meaning about life itself.

“[The Dirt] is just a more intensified version of what all of our lives really are: making mistakes and growing from them. No one just gets it right,” MGK said. 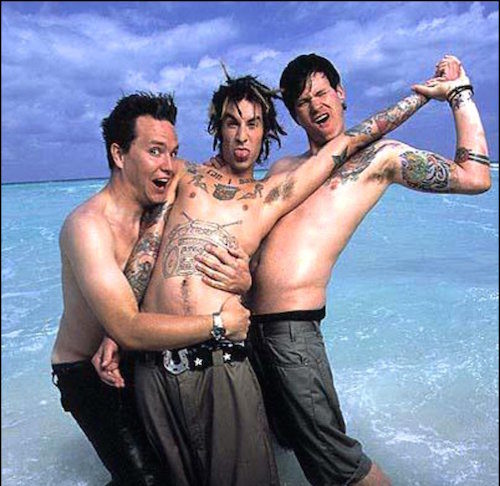