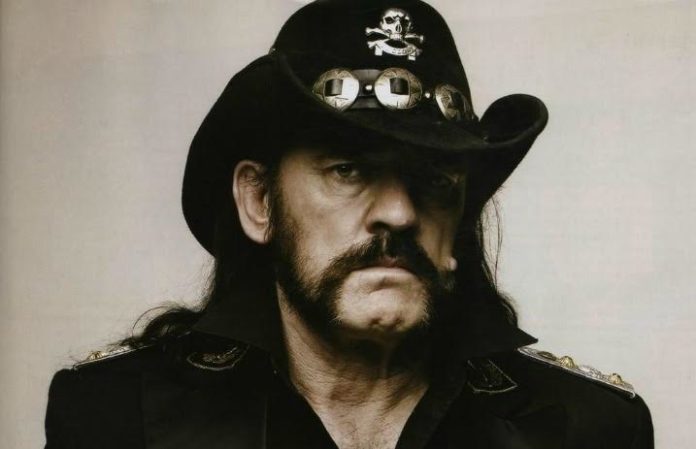 The band have shared an official statement through their Facebook page, which confirms the news.

“There is no easy way to say this…our mighty, noble friend Lemmy passed away today after a short battle with an extremely aggressive cancer. He had learnt of the disease on December 26th, and was at home, sitting in front of his favorite video game from The Rainbow which had recently made it’s way down the street, with his family.

We cannot begin to express our shock and sadness, there aren’t words.

We will say more in the coming days, but for now, please…play Motörhead loud, play Hawkwind loud, play Lemmy’s music LOUD.
Have a drink or few.

Celebrate the LIFE this lovely, wonderful man celebrated so vibrantly himself.

HE WOULD WANT EXACTLY THAT.

Born to lose, lived to win.”

This isn’t the first loss the band has suffered this year. In November, former drummer Phil “Philthy Animal” Taylor—renowned as a member of the band’s iconic classic lineup—also passed away at age 61.

Motörhead’s Lemmy—a.k.a. Ian Fraser Kilmister—has died at the age of 70. The news was first reported in a tweet by Vh1 Classic’s Eddie Trunk, which can be found below.

Sorry to report that I have confirmed Lemmy @myMotorhead has passed away just now at the age of 70. RIP to a true original icon of rock.

Alternative Press has reached out to Motörhead’s management and is awaiting a response. We will update this story as more details become available.

At the time of our posting, a cause of death has yet to be confirmed, and we will continue to report as the story develops.

Earlier this year, Lemmy suffered with health problems, including a lung infection that cleared up in September, after which the frontman immediately continued touring. At the time, his bandmates posted a message on Facebook commending their determined vocalist:

“Amidst all the wonderful support Lemmy has received, many have rightfully said he owes us nothing as he has given us everything. We, however, owe Lemmy something…our total respect for his fierce, single-minded and beautifully stubborn determination to continue burning asphalt, playing rock’n'roll and live where he has always been most comfortable – on the road!”

Lemmy had just celebrated his 70th birthday on Christmas Eve with a star-studded event, which featured performances from Billy Idol, Danzig and Slash.

Members of the music community have begun to share their condolences:

Lost one of my best friends, Lemmy, today. He will be sadly missed. He was a warrior and a legend. I will see you on the other side.

My friend died today. We'll all miss you. Your name was Lemmy, and you played Rock n Roll. Rest in Peace, my man. #RIPLemmy

Lemmy: Rest In Peace. Shake the heavens, my friend.

Lemmy RIP….@myMotorhead my condolences to his family..

Lemmy has passed away. Truly one of a kind. Much more to him than many knew. RIP. @RollingStone @ClassicRockMag pic.twitter.com/d1izWStIii