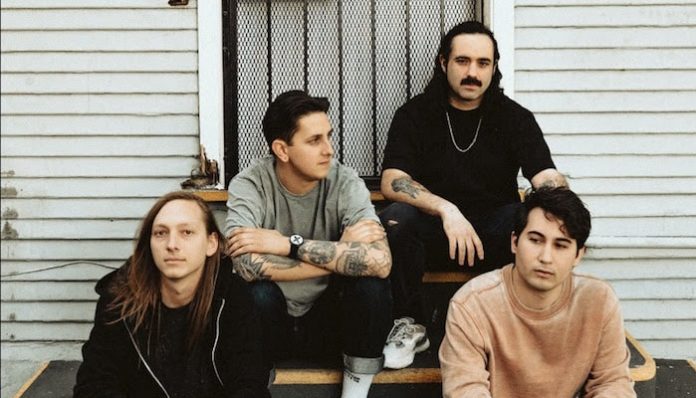 Last month, Movements finally unveiled their sophomore album No Good Left To Give.

Now, the Southern California band is offering an intimate look into how the album was made in a new mini-documentary.

Read more: Here’s how to transform yourself into the ultimate Tim Burton character

Back in 2017, Movements released their debut full-length Feel Something. The album was warmly received by both fans and critics who quickly attached themselves to songs such as “Daylily” and “Colorblind.”

Following the success of Feel Something, however, Movements had to eventually turn to a blank page and start from scratch again. This time around, Movements decided to film their experiences while writing and recording their second full-length that would eventually be titled No Good Left To Give.

The band share at the start of the documentary that the intensity of the Feel Something era took a big toll on them. As a result, they didn’t write any new material for almost a year following the album’s release.

Read more: Wendy’s has some things to say about pop-punk and the new MGK album

As well, frontman Patrick Miranda reveals that he experienced a lot of emotions after Feel Something. He poured his feelings and experiences into the debut album which ultimately made him feel like he didn’t have much else to offer.

“With Feel Something, I feel like I was nervous about writing music that I felt was good enough,” he says. “Obviously, I dug really deep into my emotions and my mental illnesses and all of the things that kind of make up who I am as a person. I poured everything into Feel Something. Because of that, it sort of sent me into this weird place afterward where I felt that I didn’t have anything left to offer. After Feel Something, I sort of had this mental break a little bit. I’ve dealt with anxiety and I’ve dealt with depression my whole life, but this was like a new kind of level.”

When it finally came to record No Good Left To Give, however, Movements had a lot more material to choose from. Miranda further shares that the band completed 17 songs for this album cycle as opposed to the nine they prepared for Feel Something.

“I talk about loss and sort of emptiness and loneliness because of loss. But at the same time, there’s a handful of wild cards,” Miranda shares. “There are themes and topics in this album that we’ve never touched on before and a lot of topics that are more mature and a lot more adult then we might have done in the past. I think a lot of stuff we write about just has to do with everyday life.”

Movements’ The Making of No Good Left To Give documentary is available to stream below.

What is your favorite song off of No Good Left To Give? Let us know in the comments below.