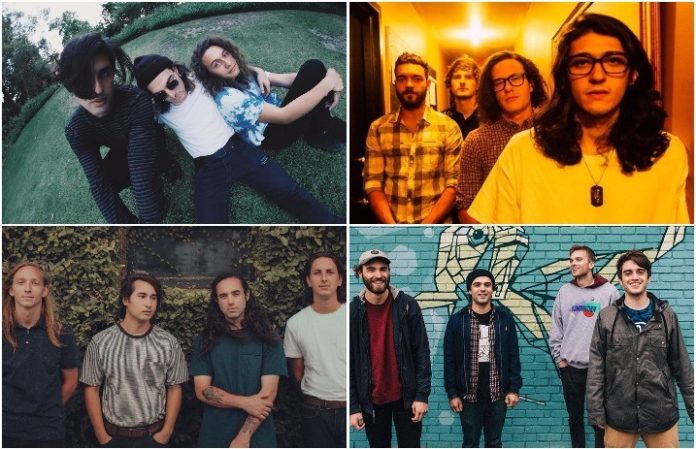 Watch new music videos from Movements and Good Tiger—plus, hear two new songs from Epitaph’s newest signing, Teenage Wrist. Check out the news you might have missed today below!

1. Movements released a powerful music video for their track “Daylily.”

The track is taken from their new album Feel Something, out now..

2. Teenage Wrist announced their signing to Epitaph records, along with releasing their new tracks, “Stoned, Alone” and “Swallow.”

The tracks are taken from the band’s forthcoming album.

3. Save Face are streaming Folly: On The Rocks.

Folly: On The Rocks is a beautiful reimagining of the band’s 2016 record, Folly.

4. A Will Away announced an epic holiday show, featuring Save Face, Halogens, America Part Two and Suntitle.

Playing a special holiday show for our NJ friends in Belmar on Dec. 22 at @paulslakecomo ft. @savefacenj @halogens_music @AmericaPartTwo @SuntitleBand. Can't wait to see you all.

The show is set to take place at Paul’s Tavern in Belmar, NJ on Dec. 22.

The track comes from the band’s forthcoming sophomore album We Will All Be Gone, which is set to be released Feb. 9 via Metal Blade Records.

6. Barely Civil and the insides announced a run of East coast shows.

TOUR ANNOUNCEMENT ��@BarelyCivMusic and @theinsidesband are starting the year off with these sick shows together! Don’t miss them!! pic.twitter.com/Drndg1Ud2A

The shows will kick off Jan. 5 in Columbus, OH and wrap up Jan. 14 in Pittsburgh, PA.

7. The Big Ticket festival announced their 2017 lineup, including performances from the Lumineers, Walk The Moon, Bleachers, Andrew McMahon in the Wilderness, Saint Motel, New Politics and more.

Watch more: BEHIND THE SCENES: Citizen reveal inspiration behind ‘As You Please’ album artwork