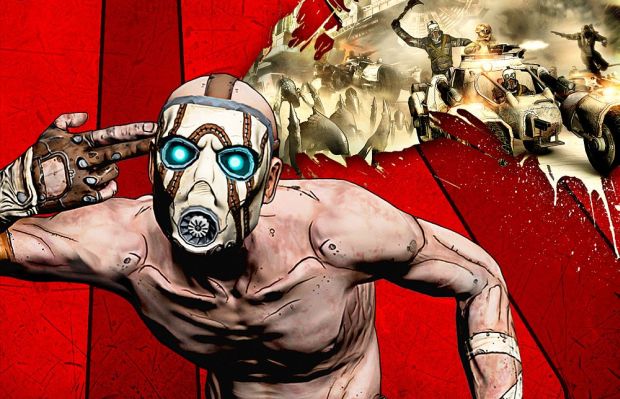 Borderlands—the popular, stylistic first person shooter role-playing video game franchise from Gearbox Software—is reportedly having a film developed at Lionsgate with producers Avi Arad (chairman, CEO, and founder of Marvel Studios) and his son Ari, who have had their names on several big budget Marvel blockbusters and more. Lionsgate's interest in video games really took off in 2014 when Nerdist Industries CEO Peter Levin was named as their President of Interactive Ventures and Games.

Lionsgate Motion Picture Group co-chairs Rob Friedman and Patrick Wachsberger say, “Part of our strategy in entering the game space under Peter Levin has been to source new brands with built-in audiences that will translate into great films and television shows. The Borderlands games don’t pull any punches, and we’ll make the movie with the same in-your-face attitude that has made the series a blockbuster mega-franchise.”

The first Borderlands game was originally released in October of 2009 for XBOX 360, PS3, OS X and Windows PC and went on to spawn a direct sequel and The Pre-Sequel! which was set between Borderlands and Borderlands 2. There have also been several DLC add-ons for the various games and a re-release titled The Handsome Collection, which contained ports of Borderlands 2 and Borderlands: The Pre-Sequel! for PlayStation 4 and Xbox One. Furthermore, there's an excellent, episodic graphic adventure game from Telltale Games, titled Tales From The Borderlands, which is still in progress following the recent release of its fourth episode, “Escape Plan Bravo.”

The Borderlands franchise offers endless potential and opportunities for what could be developed into an elaborate cinematic universe, including a slew of insanely entertaining characters (Claptrap, Tiny Tina, Mad Moxxi, Mr. Torgue, etc.) and interesting locations. As this is in the earliest possible stages of development, only time will tell what will come of the project, but let's just hope the end result is rated R, staying true to the fantastic source material.