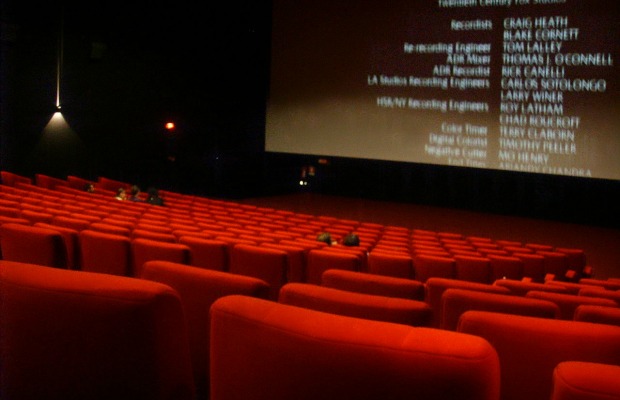 Much like the music industry, movie theaters are in a stage of decline. Ticket revenue has fallen 4 percent this year, and attendance is down. Movie theaters just aren’t that appealing to young people anymore.

But companies are trying to change that. A recent New York Times article looks at some of the “crazy” changes theaters are making to try and stay relevant. A Regal theater in Los Angeles sprays customers with water and introduces scents into the room, to make for a more interactive movie experience. Other theaters use smoke effects and bubbles.

It’s a necessary change, because, according to the Times, “The decline has hammered the biggest theater companies, with profit at both AMC and Regal Entertainment, the No. 1 chain, plunging more than 50 percent through the first nine months of this year, compared to the same period a year earlier.”

The article points out a new viewing experience called 4DX: “More than 100 seats buck and dip in close synchronization with the action on the screen. Compressed air blasts from headrests to simulate flying bullets. Fans provide a gentle wind effect.”

The system has two types of water effects: Rain that falls from the ceiling and mist, squirted out from the seat in front of you. Cinemark, the third-largest theater chain in the U.S., recently added a 270-degree viewing experience.

The target audience—men, ages 18 to 24—seems to enjoy all of these effects. Whether it works or not, at least they’re trying something, because movie theaters really could go the path of the VCR. Young people are distracted with video games, wide-screen televisions and movie streaming services (with endless titles). The New York Times writes, “For many teenagers, the idea of focusing on a single screen for an extended stretch is anathema.”

What do you think? Is this enough to get you to see movies at the theater frequently? Or is this just an old, dying beast, kicking and screaming to survive? Let us know your thoughts.