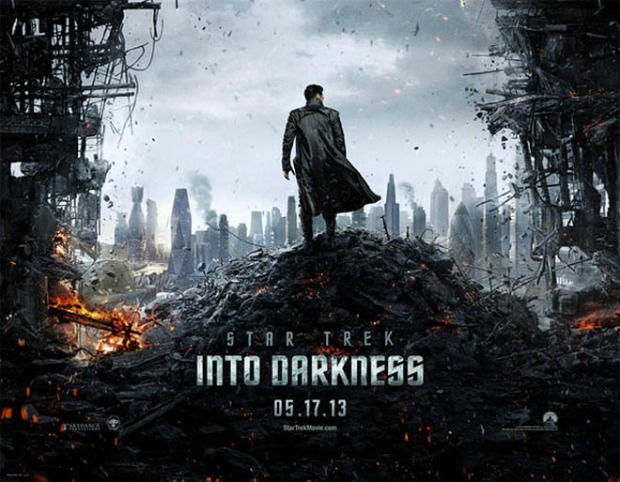 MTV today announced that J.J. Abrams, Chris Pine, Zachary Quinto, Zoe Saldana and Benedict Cumberbatch will appear on-air to debut an exclusive clip from Star Trek Into Darkness Wednesday, May 8 during MTV First: Star Trek Into Darkness. Beginning at 7:56 p.m. EST on MTV, the cast will be joined by MTV News’ Josh Horowitz to personally introduce the clip and then head online to mtv.com for a 30-minute sit-down interview where they will also take fan questions via Twitter (using @MTVNews and #MTVFirst #AskStarTrek). Fans around the world will be able to watch the world-wide exclusive clip and full cast interview beginning Friday, May 10 at movies.mtv.tv.