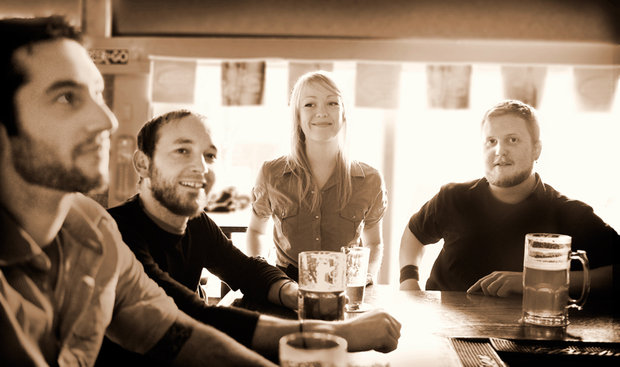 Following the success of their last Kickstarter venture, Murder By Death are back at it again for their upcoming full-length album, Big Dark Love. With a goal of raising $150,000 by December 5, the band are offering a slew of new rewards and perks, as well as thank you gifts for those who donated to their previous campaign. You can check out the donation page, and watch an announcement video from the band below. Be sure to leave us a comment with your thoughts!