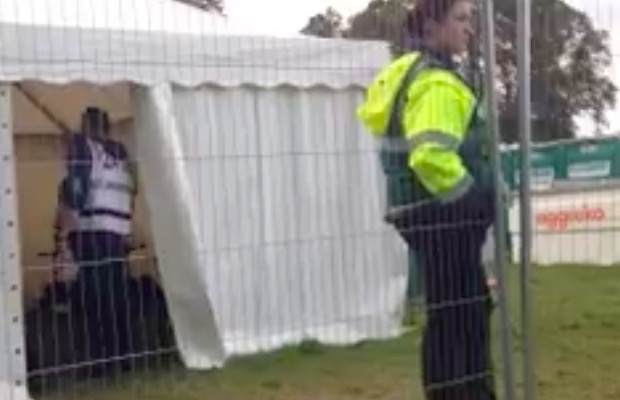 Evian Christ is an on-the-rise music producer from Britain. You may know him from a track off Kanye West’s LP, Yeezus, which he co-produced.

Today, Christ performed a set at the England-based music festival Leeds. Afterwards, he was unexpectedly accused of breaking into the festival by security, and was subsequently locked in an actual cage—as if he was some sort of animal.

While being wrongfully detained, Christ sent out a few tweets that detailed his situation, which included a video of him inside the cage.