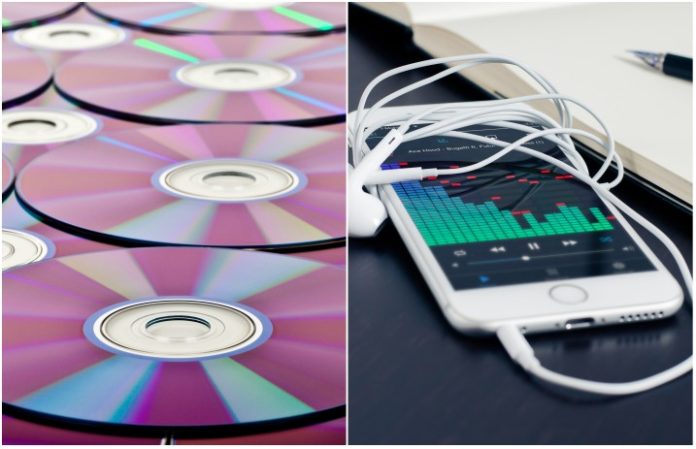 While one might already assume it's the case, it looks like streaming has finally surpassed CDs as the largest music format worldwide, according to a new report from the International Federation of the Phonographic Industry.

Per the IFPI's annual data, the global recorded music market grew 8.1 percent in 2017, as reported by Digital Music News. Indeed, artists are releasing more music than ever, and technology hasn't really changed our musical tastes, but one thing has changed: For the first time ever, streaming music revenue has topped sales from any physical formats.

Yep, subscription music services' streaming revenue rose over 41 percent last year, to $6.6 billion, all of which makes up 38 percent of the total global market for recorded music, as noted in the IFPI Global Music Report 2018.

And, of course, the sales of physical music media remain on the downslide. As it stands, they reportedly account for only 30 percent of the total global music take, down 5.4 percent from the previous year to $5.2 billion in 2017.

Even music downloads saw a sharp decline in sales, falling 20.5 percent to $2.8 billion. And that may be a huge factor in Apple's recent decision to shut down all music downloads on the iTunes Store within the next year.

Overall, the IFPI's calculated total revenue for all sales in 2017 lands at just 68.7 percent of the music market's peak in 1999. Will CDs eventually see a total takeover by streaming products? It looks more likely every year.

Do you still listen to CDs or other physical music media? Do you still buy music downloads? Sound off in the comments.

The Global Music Report 2018 is out now. For the definitive snapshot of the recording industry worldwide today head to https://t.co/5ymX70VLNM#GMR2018 pic.twitter.com/HJTzeT7S2E