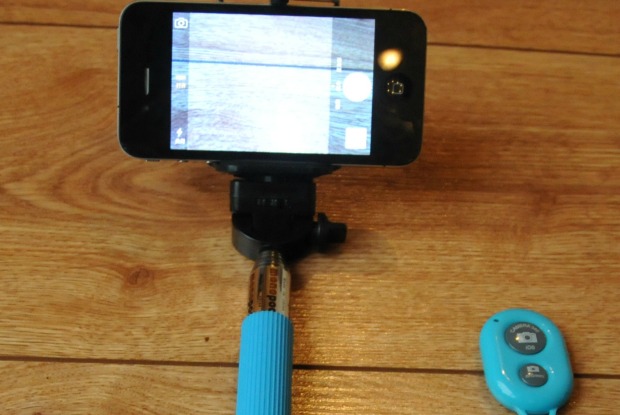 According to Billboard, London's O2 arena, O2 Academy Brixton and SSE Wembley Arena are among a group of U.K. music venues that have banned selfie sticks. If you’re not familiar with the device, it’s basically an extendable stick/phone holder that allows you to take a wider shot—or film a concert over everyone’s heads.

Apparently, the selfie stick was a really hot Christmas item in 2014, and venues have been inundated with them since.

“The O2 do not allow selfie sticks into the arena due to safety considerations and so as not to impact the view of other fans. We welcome selfies, but leave the stick at home please,” an O2 spokesperson told Billboard.

The Academy Music Group, who run 16 U.K. venues, have forbidden the device at their shows, telling Billboard, “This is in keeping with our existing policy that prohibits the filming and photography during a performance with iPads and other tablet devices and includes any such obstructions for the satisfaction of other customers.”

A Wembly spokesperson added, “[While] selfies are a big part of the gig experience, the sticks might mean you are refused entry to the venue.”