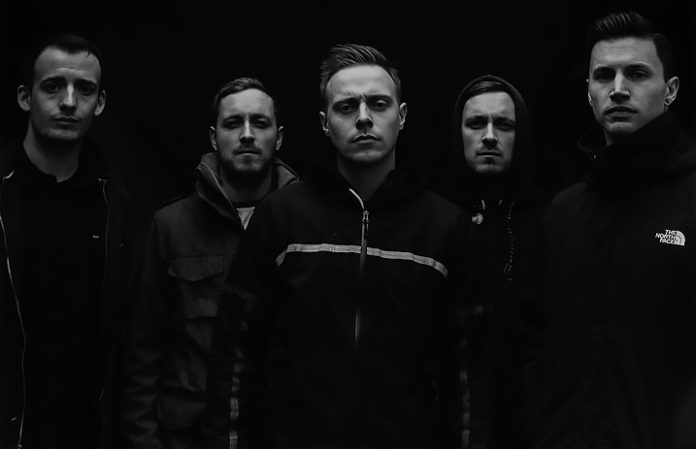 Architects guitarist Tom Searle has lost his three-year battle with cancer at the age of 28. His twin brother and bandmate, Dan Searle, confirmed the news through a statement on the band’s official Facebook page.

Support for Tom has been pouring in from artists all across the scene. Head below to see what members of Neck Deep, Fit For A King, and many others had to say in honor of him.

A JustGiving page has been set up to raise money for the Hospice center where Tom was cared for in his final days.

RIP Tom Searle. Love and condolences going to the Searle family, @Architectsuk and friends. A huge loss and sadness for our world of music.

Fit For A King’s Bobby Lynge:

Tom Searle, your music inspired & touched people around the world. We are all spinning @Architectsuk today.

I'm so sorry for your loss @Architectsuk

Words cannot describe the devastating loss of Tom Searle. My thoughts are with all his friends and family. ❤️

You Me At Six’s Josh Franceschi:

Thinking about my friends in @Architectsuk Unbelievably sad news. Tom was one of a kind. I'm devastated for you. Love to you all.

There are no words to express the respect I have for @Architectsuk. Tom was as influential as guitarists come. RIP to a heavy music legend.

All the love in the world goes out to the guys in @Architectsuk. RIP to the legend, Tom Searle.

Dan my heart is breaking for you. Your brother was such a beautiful soul, I loved touring with you all. Sweetest ������ https://t.co/Hu2Xh5nUCU

Much love and prayer to @Architectsuk and everyone who was close to Tom. Love you guys

Our hearts are w @Architectsuk. So heartbroken. We love you boys so much, fly high Tom, free from pain. You've built a beautiful legacy. RIP

Our hearts go out to the boys in @Architectsuk // stay strong

All the love to @Architectsuk today, so sad to hear the news xx

Every Time I Die:

the entire world will feel the effects of losing Tom Searle. this is utterly devastating news. be strong @Architectsuk. we love you

Our hearts go out to @Architectsuk ✊��

Rest in peace Tom Searle. So, so sad. Love and condolences to @Architectsuk X

Yesterday we lost an incredible person and musician. Someone we're blessed to tour with and call a friend. RIP Tom Searle. You are missed. ��

Yesterday music lost a beautiful soul, someone who we had the pleasure of knowing well and touring with. Tom Searle, rest in peace brother.

We will miss you Tom Searle. The world has lost an incredible person.

Rest in peace Tom Searle. You've given the UK scene so much and so many bands like us respect and admire what… https://t.co/FzNCapBWj8