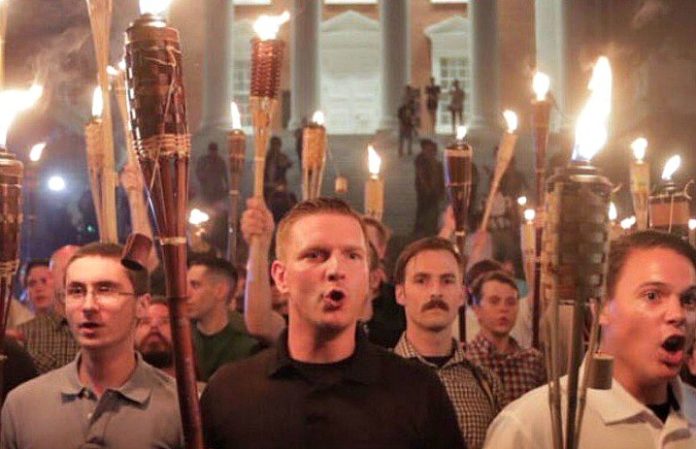 Pete Wentz is just one of many in our scene speaking out about the alt-right violence and protests taking place in Charlottesville. See what Wentz and other musicians have to say about the violence unfolding on Virginia's campus.

You can watch the video below to catch up on everything unfolding in Charlottesville.

According to CNN, a state of emergency has been issued by Virginia's governor after the 'Unite the Right' rally was declared unlawful, causing erruptions of violence between torch-bearing demonstrators and counter-protesters.

More than 100 alt-right activists, white nationalists and neo-Confederates marched through University of Virginia's campus Friday night, ahead of a Saturday demonstration to protest the removal of a Confederate statue.

Pete Wentz took to Twitter to express his thoughts in a handful of tweets.

1. What if I told you I wore the shirts of a band, quoted them, went to their concerts, talked about them online, espoused their beliefs…

2. …hung out with others that were fans of the band, collected their old merchandise, etc- but then claimed I was not a fan of the band?

Mark Hoppus was very clear in his stance on the matter.

You guys, the racists are back on their racism, and I'm not having it.

Many others took to social media to express their concerns and hatred of the violence unfolding in Virginia.

Didn't realize the civil war was right around the corner

Looking at the things going on in Carolina has me so angry. It's hard not to react to hatred with hatred. But I'm human, and I hate them rn.

But I had a great day so screw them. The world is bigger than the minds of the alt right and I'm blessed to see so much of it. Night y'all

But on a serious note, fuck white supremacist scum.

Hell of a day for the President to forget how to tweet. pic.twitter.com/ABffmwwH8D

This feels self-evident but apparently it's not: fuck white supremacists. Some true bottom-of-the-humanity-barrel shit.

Sending love to whoever needs it. I know it's only Twitter but I hope it helps nevertheless.

“Uniting” people by further dividing us is not productive in anyway. Legitimately embarrassed for all participating, we are a lost nation.

There is no place for hate in the hearts of our future children. It's our job to leave them with a better world than we have. Spread love.

If you hate minorities/ POC, don't come to our fucking shows.

What are these sad humans so clearly unhappy with in themselves to go to these measures? What are they so afraid of? Insecure of?

I just genuinely don't understand & can't even imagine being so unhappy with oneself & ones life to project that type of hate.

What do you think about the events unfolding in Charlottesville? Let us know in the comments below.