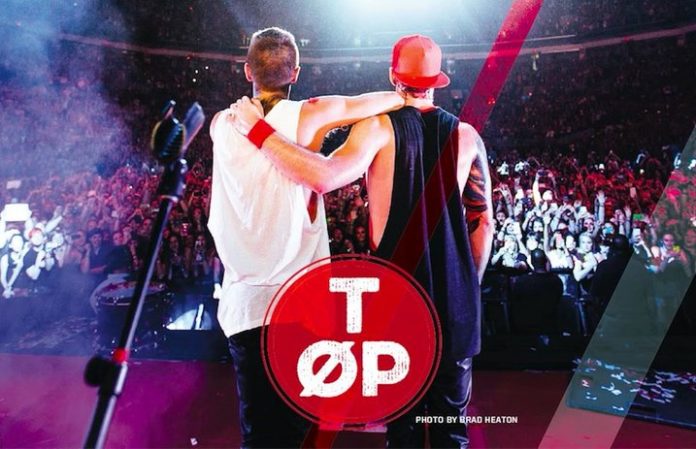 Twenty One Pilots have completed the first North American leg of their massive Emotional Roadshow Tour. Both Mutemath and Fueled By Ramen labelmates Chef’Special served as supporting acts.

Listen: Twenty One Pilots changed the lyrics to “Stressed Out” and they’re brutally honest

Each member of Mutemath has shared open notes and letters to TOP now the the run has come to an end. Frontman Paul Meany tells a story involving himself, Tyler Joseph and Switchfoot’s Jon Foreman exchanging phones and listening to each other’s voice memos—which are filled with potential song ideas. You can read all of what they had to say below.