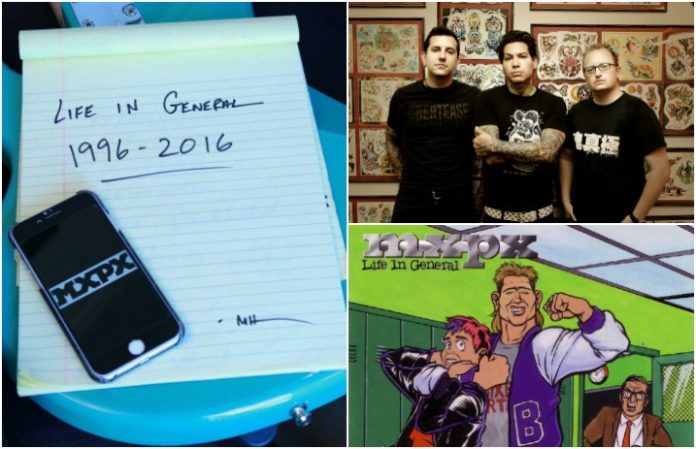 Last year, MxPx completely re-recorded their watershed 1996 album Life In General as a special 20th anniversary treat for diehard Magnified Plaid fans. Now, the updated 2016 version of the record is available for all to stream!

As posted by MxPx bassist and vocalist (and current Goldfinger member) Mike Herrera on Monday, the band's commemorative Life In General 2.0 can now be had on all major streaming services such as Apple Music, Spotify, Amazon, and more. Are you ready to rock? Go 'head, get your pop-punk throwback on!

The track-by-track Life In General remake was initially released only to the band's email list—for one day only—in 2016. Now you can relive those MxPx glory days with Herrera, guitarist Tom Wisniewski, and drummer Yuri Ruley.

“I'm gettin' older day by day, ain't got time to get to everything. Hold on tight, enjoy the ride, life is short so live it wisely!”

Have a listen to MxPx's “Andrea,” from the original 1996 Life In General: