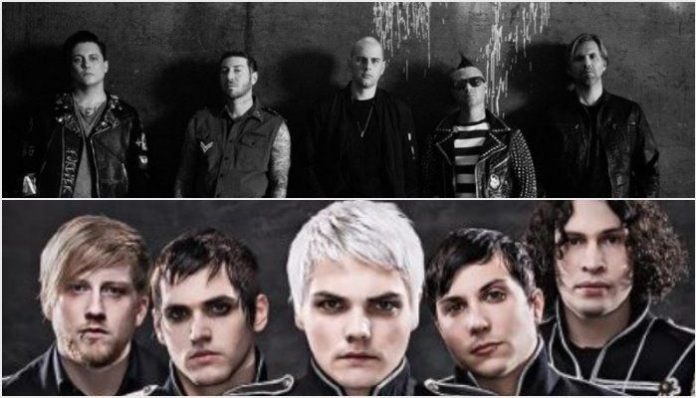 YouTuber Ten Second Songs (Anthony Vincent) took on My Chemical Romance‘s “Welcome To The Black Parade” and made it to to the vibe of Avenged Sevenfold.

This isn’t Vincent has delved into the scene. He previously did a cover of Billie Eilish‘s “bad guy” in the style of Breaking Benjamin.

Read more: 10 musicians who have been in multiple successful bands

Earlier this year, the YouTuber created a cover of Slipknot’s “Psychosocial,” taken from the band’s All I Know Is Gone, in the style of 25 different artists.

Reimagining the 2008 track in the style of twenty one pilots, Lil Nas X, Linkin Park, Tool among others, he also takes 8-bit track, meditation music and more.

Now, he’s dropped a full cover of MCR’s “Welcome To The Black Parade” in the style of Avenged Sevenfold and it’s pretty spot on.

Considering that My Chem announced their return about a month and a half ago, it only makes sense for someone to give a fresh take on one of their most popular tracks.

Check out the cover of “Welcome To The Black Parade” below.

We’re a mere 11 days ahead of My Chemical Romance making their big return to the stage in Los Angeles. As if you needed another reminder, the band has taken to social media to refresh our memories.

With posts few and far between, anything shared from the band account has sent fans into a frenzy and this one was no different.

On Dec. 4, the official My Chemical Romance account shared a black-and-white image of a hallway adorned with chandeliers and open doors. The image is exactly what you expect, adding a filter to the Shrine Expo Hall. You can see a nearly identical photo here.

With the image was the phrase “Sedecim Diebus…” which translates directly to “sixteen days” in latin.

Check out the image below.

As stated before, in July Ten Second Songs‘ Anthony Vincent has teamed up with Jared Dines to create a Breaking Benjamin-style cover of the Billie Eilish track, “bad guy.”

The YouTuber reveals how he had been working on a Billie Eilish “bad guy” styles video when Dines had suggested the Breaking Benjamin style on Twitter.

Following a poll from Vincent’s Patreon, the “‘bad guy’ in the style of Breaking Benjamin” video was born.

If you’d like to take part in future polls for fan favorite and style videos, check out Vincent’s Patreon here.

What do you think of Ten Second Song Guy’s cover of “Welcome To The Black Parade?” Let us know in the comments below!