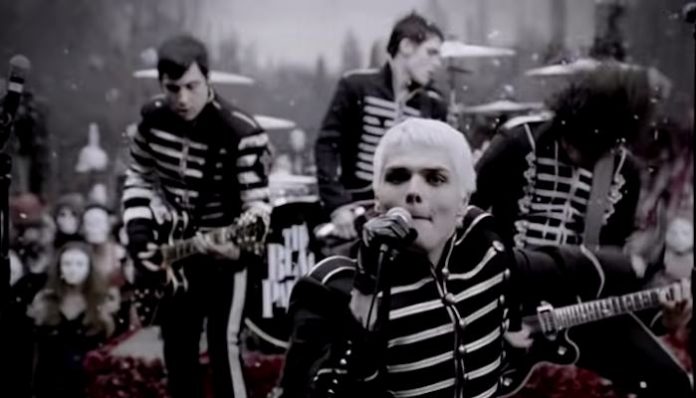 It looks like this My Chemical Romance fan may have just discovered where the inspiration for the iconic piano in “Welcome To The Black Parade” came from.

The fan came across the detail in a very unexpected place and now wants the world to know about it.

For every early 2000s emo kid out there, MCR’s “Welcome To The Black Parade” is truly the anthem of our lives. Since the Black Parade‘s release in 2006, we haven’t been able to hear someone drop a G note without thinking of the iconic song.

Now, one MCR fan may have just discovered where the inspiration for “Welcome To The Black Parade” came from. TikTok user @captureash recently watched the 1977 Japanese horror film House. While watching, they came face to face with the iconic G-note in a piano scene that sounds eerily similar to the classic MCR song.

Naturally, @captureash decided to share their discovery on TikTok for all of My Chemical Romance’s fans.

It’s possible that the similarities between the two songs are just a coincidence. However, it is also possible that My Chemical Romance found some inspiration from the film for one of their most popular songs to date. Back in 2015, Gerard Way even said that Black Parade was heavily inspired by the sci-fi and horror movie genres.

As well, seeing as Way is a big fan of classic horror movies, it’s possible he came across House while writing for Black Parade.

Read more: We will see this new gruesome storyline play out in ‘Stranger Things 4’

Black Parade has been at the forefront of fans’ minds for some other reasons lately. Last month, legendary composer Andrew Lloyd Webber sparked those Black Parade musical rumors again.

He shared a quick TikTok playing “Welcome To The Black Parade” on the piano while addressing just how iconic the song truly is. This, naturally, led to a slew of pleas from the MCR fandom for him to compose a real-life Black Parade musical.

For those of you that don’t want to wait and see if Lloyd decides to make a Black Parade musical, you’re in luck. One extremely talented My Chemical Romance fan recently released the script for their unofficial Black Parade musical. The script includes over 80 pages of dialogue, set designs, costume details and more.

Do you think “Welcome To The Black Parade” is inspired by the 1977 horror movie House? Let us know your thoughts in the comments below.