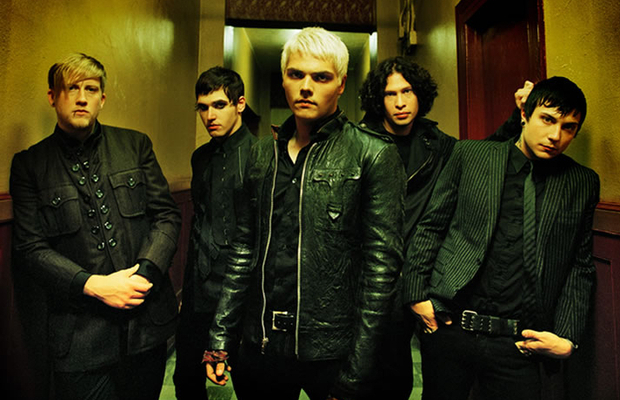 My Chemical Romance sent the music scene into a frenzy yesterday after teasing a potential reunion. They updated their profile pictures on Facebook and Twitter, shared a teaser video with the opening keys from their iconic track, “Welcome To The Black Parade” and put up pre-orders for new shirts.

But nobody knew for certain what exactly they were up to—until now. The band shared a brief update on Twitter, which confirms that they are not touring or have any plans for a reunion. However, they are re-releasing their iconic album, The Black Parade.

As reported by Entertainment Weekly, AP has confirmed with sources that the effort will contain previously unreleased demos that were originally scrapped from the record’s final cut.

When AP interviewed Parade producer Rob Cavallo in 2006, he revealed that MCR were seriously considering an alternate version of the record, after considering the amount of demos, finished songs and significantly different versions.

“We did go to the limit when it came to arranging,” he said. “There were extra arrangements of songs that we decided not to put on the record. There’s another arrangement of ‘Cancer’ that’s just loaded with all these different keyboard things. [We came to] the realization that we had too many songs and that we were going to have to cut some.”

Cavallo also explained the secret to MCR and the climate around the making of the record: “They’re into the theater and the drama of rock music. It doesn’t hurt that Ray Toro is a natural guitar shredder—he was just born to do it. That, combined with Gerard Way’s love of going over the top makes it work.”

Thank you so much for the love. pic.twitter.com/3wv6G7CXIk