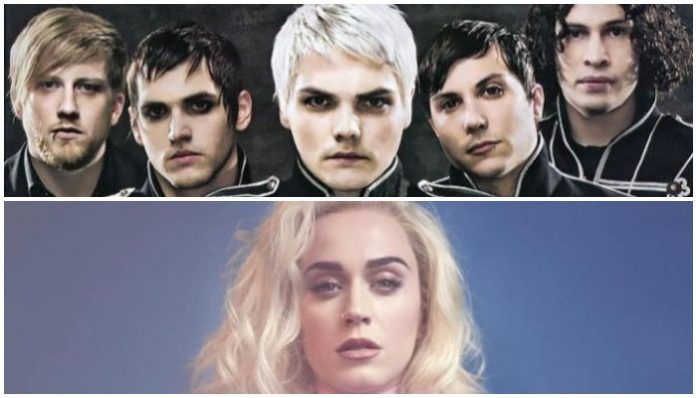 With My Chemical Romance making their return this year, fans have been revisiting their music but one dedicated fan gave the band a new poppier spin with Katy Perry.

YouTuber Grave Danger created a mashup of “Helena” and Perry’s “The One That Got Away” that surprisingly works pretty well.

The mashup also pairs up clips from the two music videos in hilarious fashion. Perry’s track is off her 2010 album Teenage Dream and although she is a little past her Warped Tour days by the time it came out, her look in the video is at least emo enough to match up with MCR.

We didn’t know we needed this matchup, but we got it anyway and it’s spectacular.

You can check out the “Helena That Got Away” video in the player below.

Earlier it was reported that The Black Parade has officially re-entered the Billboard 200 chart.

According to Chart Data, which tracks various Billboard charts and collects data on the most popular albums and EPs, this is My Chemical Romance’s first entry in over two years.

Chart Data tweeted, “My Chemical Romance’s ‘The Black Parade’ re-enters this week’s Billboard 200, earning its first appearance in over 2 years (+100% in sales; @MCRofficial).

My Chemical Romance’s ‘The Black Parade’ re-enters this week’s Billboard 200, earning its first appearance in over 2 years (+100% in sales; @MCRofficial).

A huge congratulations goes out to My Chemical Romance for entering the charts without even recording new music. The data speaks for itself and even if there doesn’t end up being any new music from the reunion, we all know MCR still holds a place in our hearts.

What do you think of the My Chemical Romance and Katy Perry mashup track? Let us know your thoughts in the comments below.