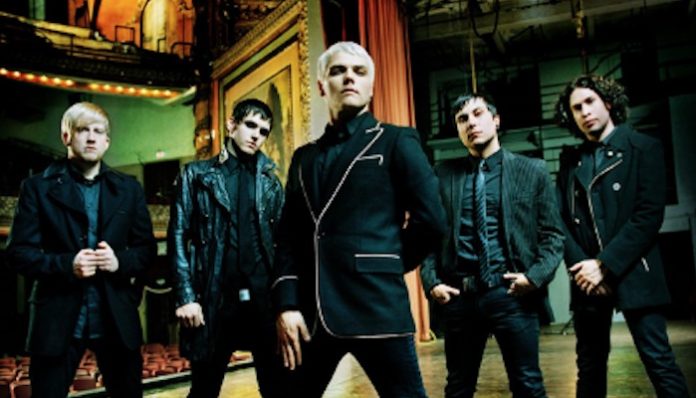 My Chemical Romance have shared their first photo since announcing their internet-breaking reunion last month.

To backtrack, Halloween was overshadowed by the return of the Black Parade.

After the creation of an official My Chemical Romance Instagram and a series of cryptic teasers, MCR announced their long-awaited return.

After the initial show announcement, which sold out almost instantly, they announced a few 2020 appearances, with rumors continuing to circle of a forthcoming tour.

Since the announcements, the band has remained relatively quiet online, until Sunday. The band posted a photo from rehearsal that apparently took place on Friday. There was no additional information available in the caption, but we appreciated a fresh photo. You can see their new post below.

My Chemical Romance also recently revealed that Thursday will be opening their comeback show on December 20.

Thursday said via their Instagram page that they never expected to perform again after their 20th-anniversary shows but were stoked to join MCR.

They say “Man makes plans, God laughs.” When Thursday booked our 20th Anniversary tour last year, we knew that it would likely be our last chance to go out on the road together before life took us our separate ways once again. So we made the most of it, played two shows in every city, and tried to make sure we saw all of our friends at least once more. But one thing that we never could have planned for was the reunion of our closest friends, My Chemical Romance. It was a sincere but welcomed shock when they told us their plans and asked if we wouldn’t join them. Well, we never thought we’d get a chance to say this, ever again, but here it goes: We are honored to announce we will be supporting @mychemicalromance , at the Shrine Auditorium, in Los Angeles, California, on December 20, 2019. See you there.

The band also confirmed that former MCR drummer Jarrod Alexander will be joining them at that show. Whether or not he’ll be appearing at their 2020 dates as well is still unclear.

How excited are you for the My Chemical Romance reunion? Sound off in the comments down below!