They're both very cool.

My Chemical Romance are playing the most anticipated show of the decade. They announced their return with an image of a Pasquale Rizzoli statue. Now, the backdrop image at their show is a different statue than the one they first teased.

The original statue was of a pair. The image used in the backdrop at the reunion show is of a single person with wings.

We would like to shout out @luigi.boccardo for taking the picture we used to announce our Shrine show, and for general art. Luigi is a talented photographer, and he may be proud to know we call the art the “Luigi.” ⠀ ⠀ ⠀ ⠀ ⠀ ⠀ ⠀ ⠀ ⠀ ⠀ ⠀ ⠀ ⠀ ⠀ ⠀ ⠀ ⠀ ⠀ ⠀ ⠀ We would also like to acknowledge the sculptor, and the lovely city where it can be found – Pasquale Rizzoli, Magnani Chapel, 1906, Bologna, Certosa Monumental Cemetery (thanks to @bolognamusei | Museo civico del Risorgimento).

The image that is their backdrop and appears on some merchandise is much different. Check it out below. 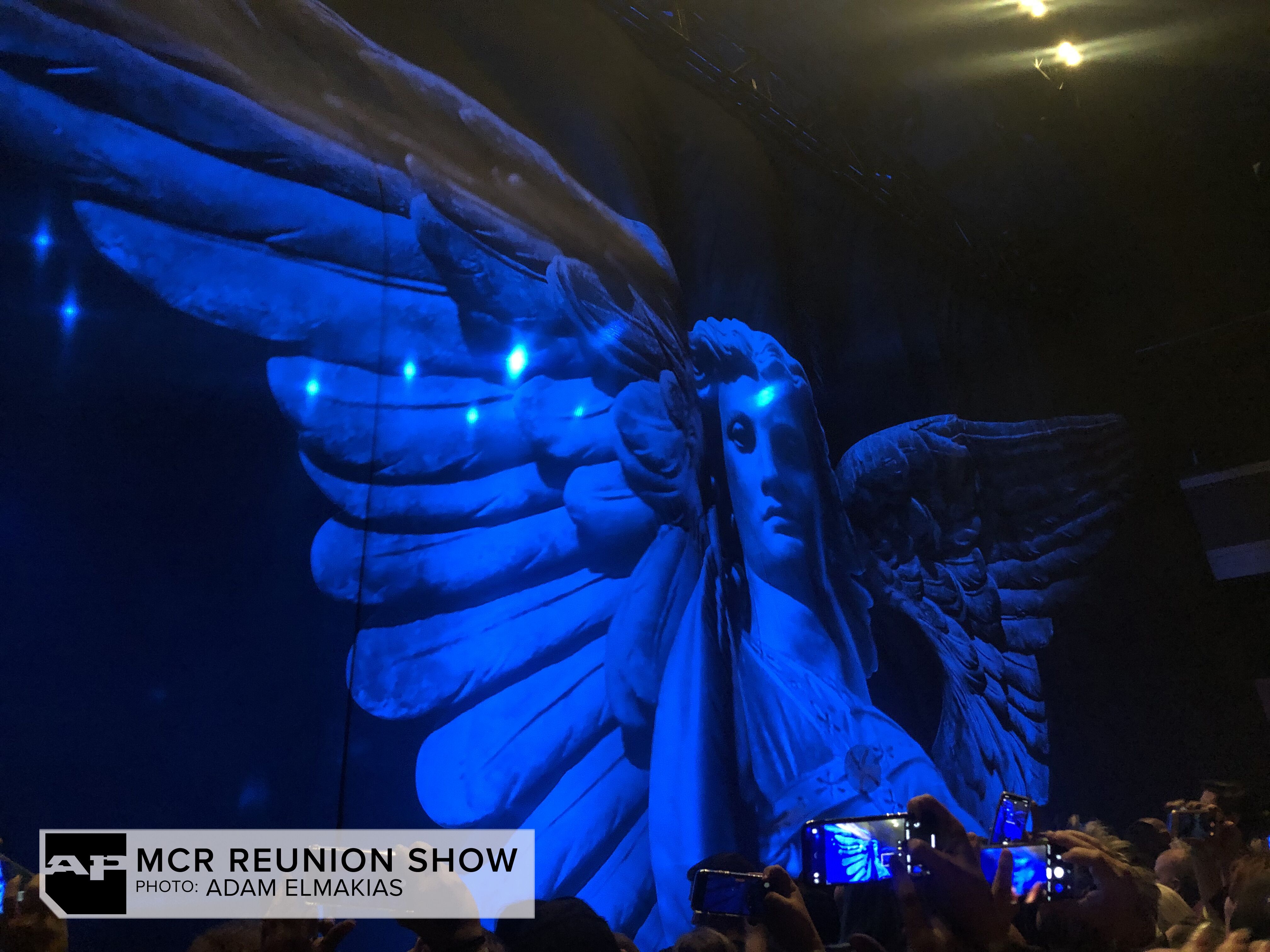 The image also appears on merchandise that my Chemical Romance is selling at the show.

NEED THIS IN XL AND THE POSTER. I WILL PAY GOOD PLLLEASE! from r/MyChemicalRomance

Exactly what the significance of this statue remains a mystery, but it’s exciting nonetheless.