My Chemical Romance are back with their latest cryptic teaser. Following a slew of European gigs announced earlier this week (including a third U.K. show), they’re sending fans into yet another frenzy.

In mid-January, the band finally resolved the cryptic-U.K. teasing by releasing a short film titled “An Offering…” Starring a previously introduced skeleton figure, the clip includes music many believe to be part of a to-be-announced project with potentially more to come.

Ahead of that reveal, the band posted flipped the imagery where the skull was being used as the caption while a U.K. flag hid among an array of symbols. All of the imagery further supports theories surrounding a Wicca-inspired new era, and now its continuing to be backed.

Today, the band shared another short teaser, cycling through more symbols. These ones appear to be sigils much like the one frontman Gerard Way wore for the band’s return show. However, fans have begun decoding them and discovering they might be cities such as Chicago.

Twitter user suckmydanzigdck decoded many of the sigils starting with Chicago. Since the reveal, they’ve uncovered Los Angeles, Dallas, Brooklyn, Toronto, Atlanta. You can see the full thread here.

pretty sure this ones Tacoma washington pic.twitter.com/D2QLstNmAj

Read more: My Chemical Romance UK ticket resales being invalidated by some sites

Read more: My Chemical Romance give new look at “An Offering…” figure with UK info

WAIT WAIT WAIT R U KIDDING ME IM GONNA PEE MY PANTS IF THIS IS TRUE pic.twitter.com/FyGyKB8Ue7

The tease comes amid speculation of U.S. tour dates first rumored the day they announced their return. When announcing their only U.S. reunion show in Los Angeles for December, several sources confirmed with AltPress that a tour will reportedly happen in the U.S. Rumors later followed that the band would be playing Coachella, but they weren’t announced with the festival lineup.

Two weeks ago, the band fueled hopes with the Dangers Days teaser by captioning it with an American flag. Now, rumors are flying on Reddit that a tour will be announced tomorrow, according to an anonymous Live Nation source.

That statement comes after a Dallas venue allegedly leaked My Chemical Romance would be playing Sept. 30. The American Airlines Center reportedly posted and immediately deleted a parking package option for the gig.

Shortly after, a radio DJ in Houston allegedly did the same by announcing the gig on-air. Despite better judgment, the personality proceeded in promoting a ticket giveaway for a Sept. 29 show at the Toyota Center.

However, that’s not the only thing in the clip. Hidden within the static, a couple can be seen facing a cross about halfway through. 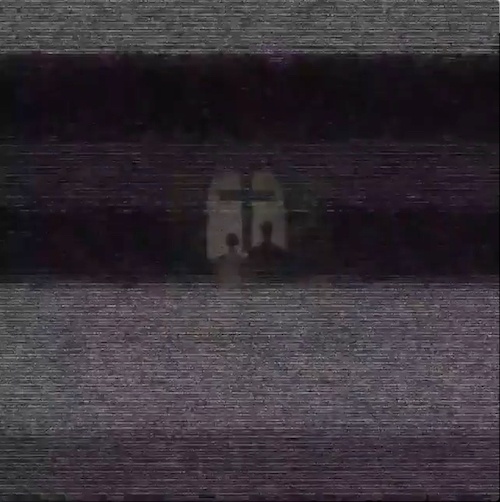 Many fans took to Twitter to say they felt it could be the Demolition Lovers, who are referenced in the closing track of I Brought You My Bullets, You Brought Me Your Love. The couple also iconically appear on the cover of Three Cheers For Sweet Revenge. The duo also return in a photographic form on the cover of Life On The Murder Scene.

The appearance follows past teases alluding to other album imagery such as the Danger Days car and the Bullets meets “Welcome To The Black Parade” hospital room.

i think the demolition lovers are there? pic.twitter.com/3uJlmss9W4

we were assuming they were the demolition lovers but holup a sec https://t.co/uR7PTyVSCS

With this latest teaser dropping, the rumors could very well be right, or MCR might be alluding to something entirely different. Check out the full teaser below.

Check out all of the confirmed My Chemical Romance dates below with tickets here.

The Trump Administration suggest a TikTok shutdown may actually happen