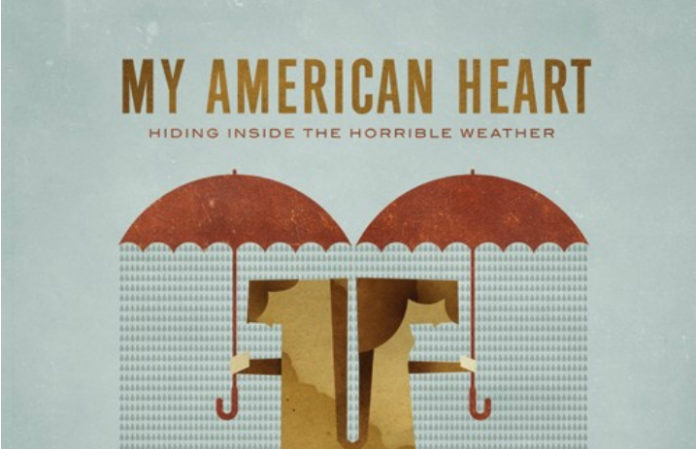 Former My American Heart guitarist Jesse Barrera has the music world buzzing after he teasingly tweeted about a possible reunion of My American Heart on the 10 year anniversary of the band's second album, Hiding Inside The Horrible Weather.

Read more: Here’s what your favorite musicians were listening to in 2007

We still haven't gotten over My American Heart's split back in 2009, but guitarist Jesse Barrera possibly teased a reunion on Twitter with this tweet:

A decade old today. A decade of memories. This fall, the original lineup makes a few more. #hidinginside10 @myamericanheart pic.twitter.com/f7LZKt7soq

If June 26 seems like a familiar date, it should. My American Heart's second album, Hiding Inside The Horrible Weather, was released on that date and with plenty of bands doing 10-year anniversary tours, will My American Heart be the next?

One fan asked that simple question but Barrera kept teasing.

We're going to go crazy thinking about seeing My American Heart on tour again and it looks like a bunch of fans are agreeing with us, even one wanting to get a tattoo to celebrate the occasion.

@larrysoliman If this hits the east coast, I'll get a MAH tattoo.

Album still holds up after all this time, the demos from the unreleased album are great too…a New Orleans date sounds nice.

Whatever it is, we’re just stoked to see what My American Heart are planning. (And we’re hoping to figure it out soon!)

What do you think they're teasing? Leave your conspiracy theories in the comments below!