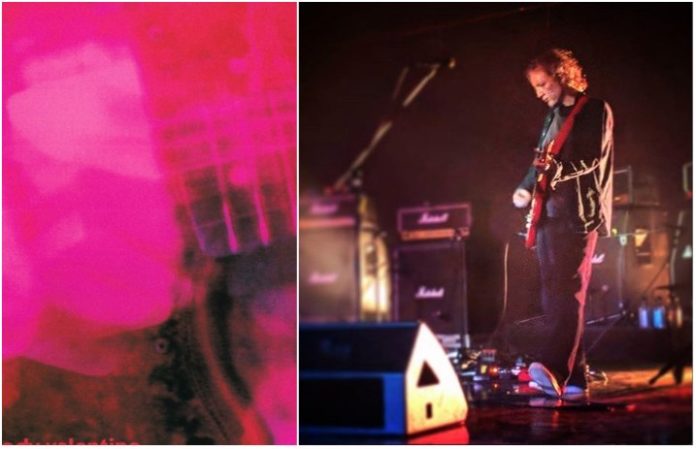 Kevin Shields, mastermind of historic shoegazers My Bloody Valentine, delivered a rare, live solo show at the Sigur Rós-curated Norður Og Niður festival in Reykjavík, Iceland, on Wednesday. Check out some footage of the set!

As reported by Pitchfork, Shields performed the solo gig accompanied only by a drummer, giving the festival audience an unparalleled look at the MBV frontman in the action. Numerous attendees captured the show as it went down—you can check out some of the videos and photos below.

When Shields' rare solo gig was announced this fall, it was revealed that MBV have a new album in the works for next year. The Norður Og Niður festival's website spilled the beans that the singer and guitarist is “working on material for a new My Bloody Valentine album to be released in 2018.”

MBV drummer Colm Ó Cíosóig essentially confirmed the new album info to radio station 90.9 WBUR, saying that he's going to “go back and work on that” once his tour with Hope Sandoval & The Warm Inventions was complete, affirming the “rumors of a My Bloody Valentine album next spring.”

The legendary Irish rockers released their third album, m b v, in 2013, concluding a 22-year gap between that and their influential 1991 release, Loveless. Here's to more MBV on the way in the new year! Close my eyes, feel me now, I don't know how you could not love My Bloody Valentine now.