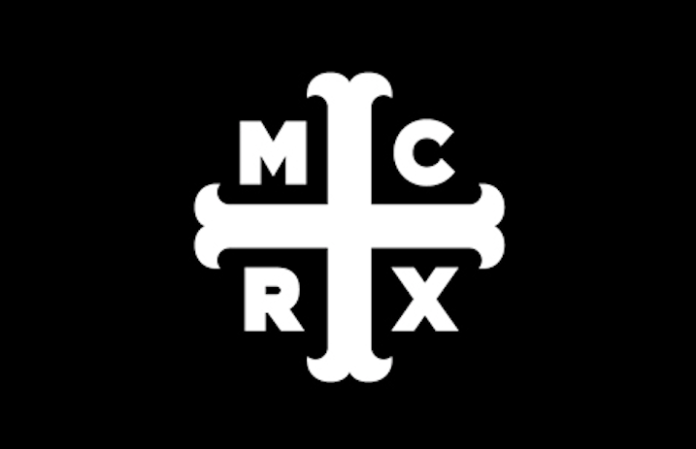 My Chemical Romance have just posted a video containing what looks like to be a new logo. Their profile pictures on Twitter and Facebook have also been changed and their website completely redesigned with what the band is calling “MCRX.”

Not only that, but My Chemical Romance have announced a cryptic date: September 23, 2016. Check it all out below.

According to their website, My Chemical Romance are offering merch with the new logo at their online store and in-stores at Hot Topic.

The logo is a crest that contains a large cross in the middle with the letters “M,” “C,” “R” and “X” surrounding it.

There is no official word on what any of this means, but 2016 is in fact the ten year anniversary of their record The Black Parade, which released October 23, 2006—a month after the September date posted today. In the background of the video, the keys of “Welcome To The Black Parade” can be heard.