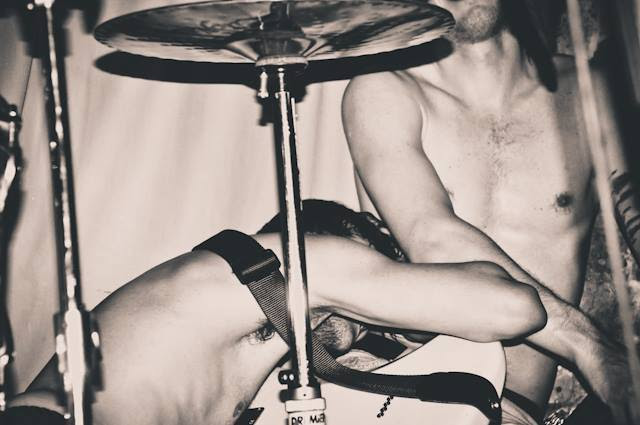 Nai Harvest released a video for their indie hit, “Ocean Of Madness,” off of their latest LP, Hairball. Hairball released last April via Topshelf Records.

Premiered on Stereogum, the video shows the band playing on a dolly in motion, as costumed friends watch and dance as the band performs. Speaking on the video, director Ed Crisp says:

I had the idea a while ago for a video that was based on a band playing in the middle of a circular dolly track, so that was the sort of starting point for the video. Calum and I got some ideas from the internet and set about building a dolly that can move on a track made of PVC pipe, pure DIY all the way. The concept was built around that, we wanted it to be kinda weird, with loads to look at and loads going on, I think it turned out pretty well considering we only had a day of filming including setting up and testing the dolly. We got some friends in to be in the background and to bring loads of props and costumes etc; for some reason somebody had a kangaroo outfit and a gas mask.