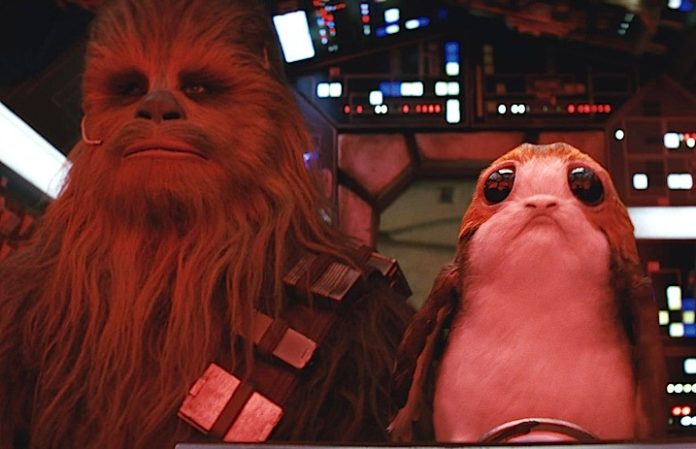 We're seriously stoked for Star Wars: The Last Jedi, and it turns out the folks on the International Space Station are pretty excited for the film, too. Inverse has confirmed that Disney and NASA worked out a special deal so our fave space film will actually get played in space, and it's pretty amazing.

Read more: 12 theories about ‘Star Wars: The Last Jedi,’ from the bonkers to the brilliant

In a Tweet, spaceflight reporter Robin Seemangal said: “I received confirmation from Disney and NASA sources that the crew aboard the International Space Station will be screening Star Wars: The Last Jedi.” He followed that with a Tweet showing a seriously awesome patch that we wish we could get our hands on.

I received confirmation from Disney and NASA sources that the crew aboard the International Space Station will be screening Star Wars: The Last Jedi.

Also, this is cool. pic.twitter.com/X0mSEknJp1

And the NASA folks confirmed the exciting news, too. “I can confirm the crew will be able to watch it on orbit,” NASA Public Affairs Officer Dan Huot told Inverse. “Don’t have a definitive timeline yet. They typically get movies as digital files and can play them back on a laptop or a standard projector that is currently aboard.”

A theater is a fine place to see a movie, but a projector in space? That's a real dream.

Star Wars: The Last Jedi will be in theaters December 15, and to hold us over, we trawled the Unknown Regions in search of answers to some of our biggest questions about the year’s most anticipated film. Focusing our efforts on two of Episode 8’s key players–Rey and Supreme Leader Snoke–we’ve read up theories involving Mace Windu, giant glowing eggs and [gasp] Darth Jar Jar Binks. See those here!