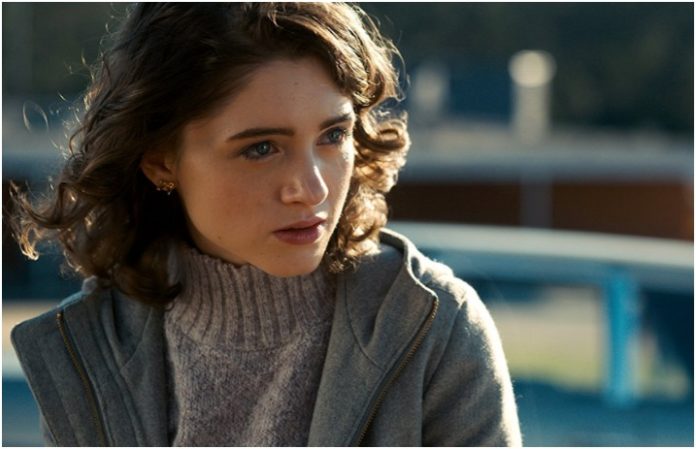 When Stranger Things star Natalia Dyer isn't spending her time battling demogorgons or playing the role as big sister to Finn Wolfhard's Mike Wheeler, she's weaving her way into the fast-paced world of art with Jake Gyllenhaal by her side.

With Season 3 of the hit Netflix TV series (hopefully) returning to the streaming service later this year, it looks as though it won’t be Dyer’s only big hit on the streaming platform.

While we don't have a lot of specifics in regards to the upcoming film, we do know that the plot of the movie will follow “big-money artists and mega-collectors who pay a high price when art collides with commerce,” per the Variety report.

Filming is currently underway in Los Angeles, with the film slated to hit a small group of theaters and Netflix later this year. According to Deadline, Netflix won the rights of the project in an auction that happened in June 2016.

The film also marks a reunion of sorts for Gilroy, Gyllenhaal and Russo, as the three previously worked together on Gilroy's Nightcrawler. The untitled thriller will have Jennifer Fox (Nightcrawler, Roman J. Israel) as producer, and Betsy Danbury (Roman J. Israel) is on board as the film's executive producer.

While we don't have a lot of details about this untitled thriller, we're pretty excited to see what's to come.