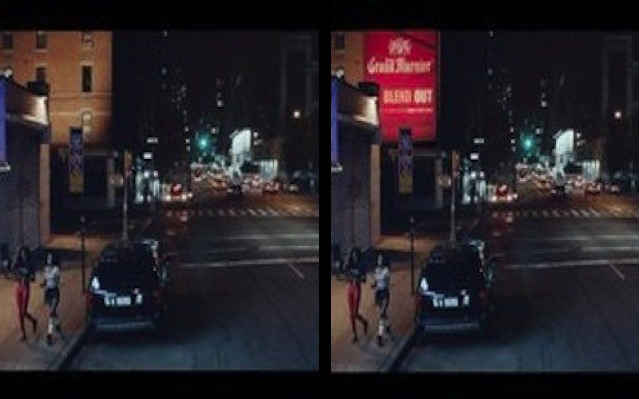 According to NME, the technology will allow labels to insert products into music videos or swap one for another.

BuzzFeed points out the obvious difference between these two shots of the same Avicii music video:

“Campaigns must be approved by the artist, label, and brand. And only videos from artists who have agreed to participate in the deal will be considered for a campaign. In addition to Avicii and Far East Movement, a Universal representative said American Authors, Vanessa Carlton and several dozen others have already signed on. Havas’s clients include fashion house LVMH, Coke, and LG, among others.”

Watch the Vevo version of Avicii’s “You Make Me” (which has Grand Mariner ads inserted) and the YouTube version (no ads) to spot the differences—and let us know your thoughts on this practice.