Neck Deep embrace being a “Lowlife,” detail ‘All Distortions Are Intentional’

Check out the band's first new song off their upcoming fourth album.

Neck Deep have been teasing a mystery event since announcing the addition of frontman Ben Barlow‘s brother Seb as an official member, and it’s finally arrived in the form of a new track called “Lowlife.”

Along with the new song, the band are revealing their new album will be titled All Distortions Are Intentional, and it’s arriving July 24 via Hopeless Records.

A couple of weeks back, the band took to Twitter with a vague post lighting fans’ hopes up for a new album or tour announcement.

The pop-punk band spent most of 2019 opening for blink-182 and Lil Wayne on their North American tour. Following the tour, they ended up announcing they’ll be taking the rest of the year off and will be returning in 2020.

Then, on Feb. 11 they posted a simple message with a link to their website captioned “Be the first to know.” The website was completely empty aside from a single subscription button in the center and buttons that link to their affiliated social media accounts.

Read More: Four Year Strong can’t shake the infectious “Get Out Of My Head”

On Feb. 13, they let fans know there was an announcement sent for anyone who subscribed on their site.

The announcement was their launching of an official app as well as the addition of Seb Barlow who has contributed to the band quite significantly in the past.

Seb has produced, written for and mixed songs for them since day one. Most recently, he mixed and mastered “She’s a God,” which was released in June.

Read more: Can you guess the Neck Deep album from a single lyric?

The band also previously posted a photo on their Instagram without any context but now it’s clear it ties in directly with the imagery of their new album cover which you can see below. 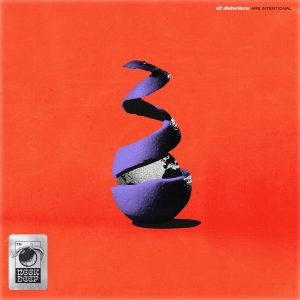 The video was created by LA-based visual production company YHELLOW who previously made the vibrant video for PVRIS’ “Hallucinations.” Their crew flew over to the U.K. to meet up with the band for filming while the video itself is based on ideas from Ben himself.

Neck Deep are inviting fans into Sonderland with the video premiere for “Lowlife” which they first teased as a King Of The Morning talk show performance. You can check out the video below.

The new record is produced by Matt Squire (Panic! At The Disco, Ariana Grande, One Direction) and was recorded in Wales at the legendary Monnow Valley Studio. Mixing for the album was handled by Seb Barlow. The new album arrives July 24 via Hopeless Records and can be pre-ordered here.

What do you think of the new Neck Deep track? Let us know your thoughts in the comments below.