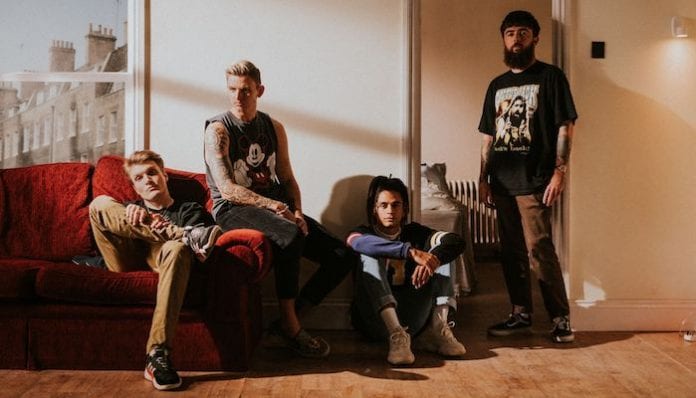 As their album cycle for The Peace And The Panic comes to a close, Neck Deep frontman Ben Barlow delves into what is to come in the future.

In a recent interview with PRESS by Bad Seed, Barlow explores the forthcoming trajectory of his band, noting that they want to take their time with LP4 to positively curate something substantial.

While the band seem ready to start working on a new record, Barlow says they haven’t actually began the process. However, he hopes to record the forthcoming album in the U.K. as opposed to the United States to be closer to his inspirations.

“It’s fucking terrifying when you have nothing done for it, and you don’t know how things are going to come out sounding,” Barlow says. “I’ve sat at home, and I’ve written stuff, but I rely on the other guys a lot to bring stuff forward, and I just don’t know what everyone else is writing yet. We’re going to take our time with this record, essentially. We’re going to take up to a year to write it. If it happens sooner, then cool. If it happens later, then that’s fine too. We’re putting no pressure on ourselves with it.”

Additionally, Barlow says the new record may take on a few political angles, noting that the current state of the world is impossible to ignore. However, he also says he wants to toe the line and create something that is socially conscious yet enjoyable for all.

“I think politics is important, but rather than making ‘political songs,’ maybe make songs that define the time, rather than a specific social or political situation.

“I think the 1975 did a fucking good job on their last record of being politically and socially aware without overstating a certain message,” Barlow continues. “I think it’s about getting that balance right from here. It’ll be a challenge, but without a doubt, that’s the biggest pressing issue in the world now. You can’t ignore it, and I don’t want to write songs about ex-girlfriends.”

In other Neck Deep-related news, their former bassist Fil Thorpe-Evans recently jump-started his solo career under the name Prblm Chld. The project recently unveiled a debut song titled “Voices,” which you can listen to on Spotify below.

Are you excited for new Neck Deep? Let us know in the comments below.