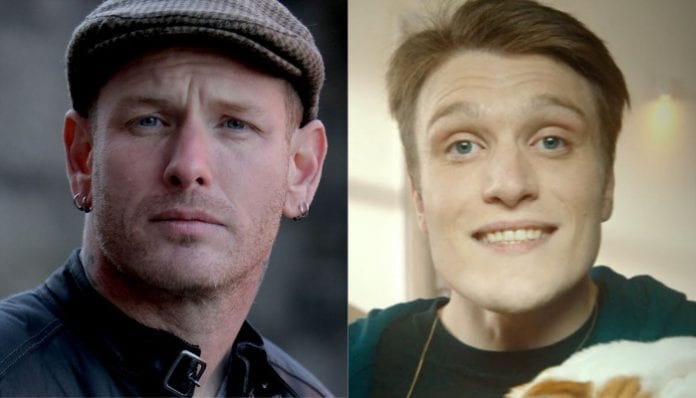 Neck Deep fans know the Welsh outfit plays Slipknot-styled Halloween shows as Slipneck. But now Corey Taylor himself has been clued into the costumed group via Twitter. And what does the Slipknot vocalist think of the ersatz emulation?

Well, it seems the veteran musician and Stone Sour frontman takes kindly to singer Ben Barlow and company’s imitation of the Iowa-born icons. “That’s pretty badass,” said Taylor on Thursday, retweeting a live pic of the lads in ‘knot gear.

And, boy howdy, are the members of Neck Deep well aware of this development. Not long after Taylor’s tweet, the bemused pop-punkers posted a message cheekily questioning the unthinkable “Approval from the G.O.A.T.” they received.

What do you think of Corey Taylor’s Slipneck approval? Are you excited for the new Slipknot album that’s due next year? Check out all of Neck Deep’s upcoming tour dates, right down below, and holler at us over in the ol’ comments section.