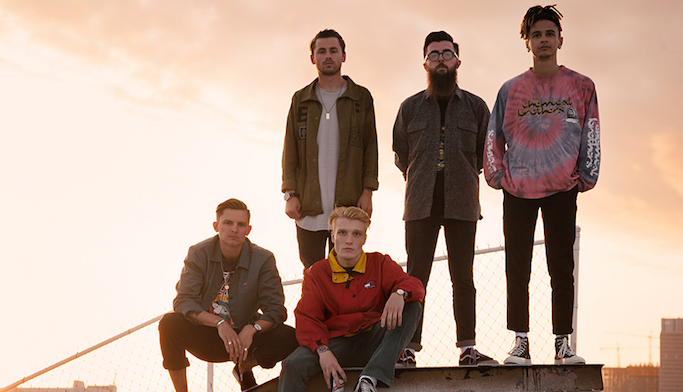 Neck Deep are celebrating the World Cup their own way—with jerseys perfect for fans of both soccer and pop punk.

The band created World Cup jerseys that say “Terry Barlow Records” in homage of frontman Ben Barlow’s late dad. Terry died in October 2016, and the band have previously made merch in his honor.

Neck Deep announced the merch via Twitter, saying that the shirts would only be available until the end of the World Cup, which is July 15.

To celebrate the #WorldCup we have created an online exclusive of the NDFC Terry Barlow Records shirt!

Available until the end of the World Cup, ONLY at https://t.co/vFBlSBAWx7!

Each order comes with a free “ND Football Club” sticker. The shirts are currently presale with an expected shipping date of July 6.

The shirts are printed on American Apparel ringer tees and cost $20 each. They are available in small through x-large and come in two colors.

You can purchase a T-shirt here.