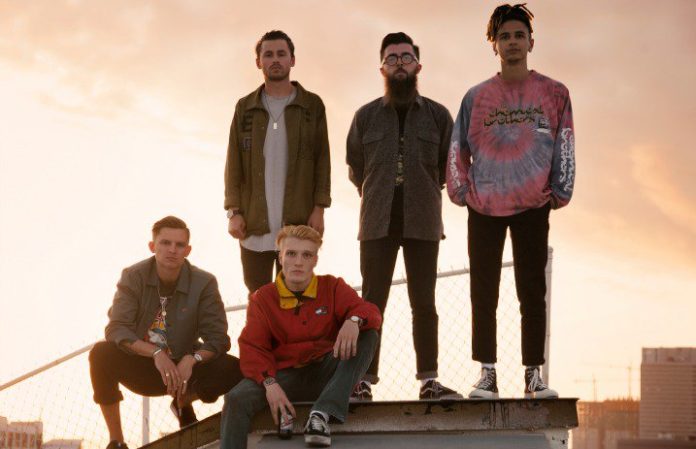 Neck Deep's Ben Barlow talks about effecting a positive change in a new video from Hope For The Day for suicide prevention awareness. Watch what Barlow has to say, along with Beartooth guitarist Taylor Lumley, below.

Filmed during this summer's Warped Tour, the clip follows Hope For The Day founder and CEO Jonny Boucher as he speaks with Neck Deep and Beartooth about making a positive impact in the music scene.

“Neck Deep's message and Hope For The Day's message are so similar that they go hand-in-hand,” says Barlow. “I feel like there's some good that we can do, as a band.

“Anyone with a platform's duty is to do something positive with it,” Barlow adds.

“We got involved pretty much as soon as we could,” says Lumley of Beartooth's alliance with Hope For The Day. “For us, it became a way to bridge our message as a group with an organization that's trying to help find solutions for people.”

Watch the video here and visit Hope For The Day's website here.