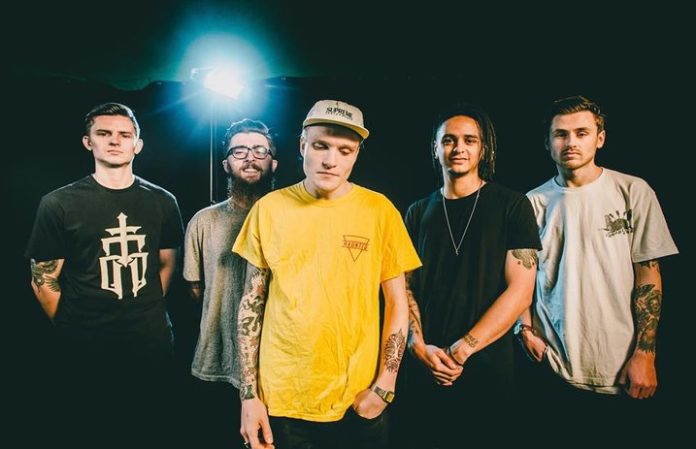 2016 APMAs nominees for Album Of The Year, Best Drummer and Best Live Band, Neck Deep, are premiering two new versions of their Life's Not Out To Get You track, “December,” exclusively with AltPress!

“December is based on a scenario I found myself in a few years ago – an ex-girlfriend totally fucked me over, and left me out in the cold trying to figure out what was going on,” said Neck Deep frontman Ben Barlow. “The song is essentially a story about that relationship, a mentally apathetic take on how it all went down, where I essentially blamed myself.”

As if that wasn't enough, the versions are each getting their own brand new music videos, that tell a story across two parts.

“To have Mark and Chris featuring on each version of the track is wild, seeing as they're huge—if not some of the biggest—musical influences for us,” Barlow said on collaborating with Hoppus and Carrabba.  The different versions of the track are pretty fitting for the pair of them, and their voices really lend something extra to it all. It's pretty surreal to be hearing our idols on a track of ours. We all had a moment listening back just thinking 'What the fuck, how are Mark Hoppus and Chris Carrabba on a Neck Deep track?' Surreal.”

Neck Deep will be performing at the Alternative Press Music Awards on July 18! Find out exactly how to stream them right here. They'll also be joining Warped Tour for a one-off date in Noblesville, IN on July 19.

Watch the two new “December” videos below, and let us know what you think in the comments! Pre-order the track's seven-inch vinyl bundle here.