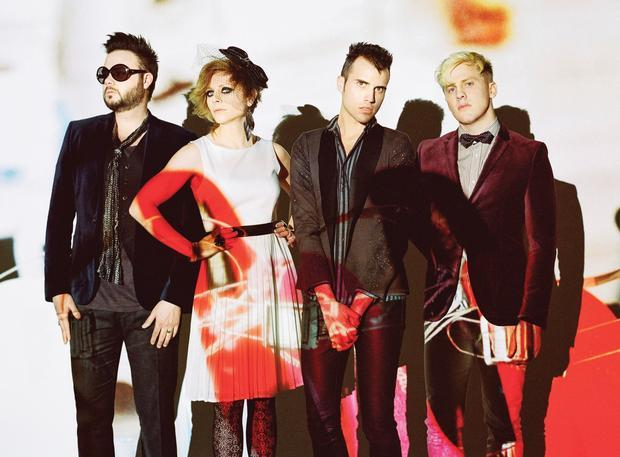 Neon Trees frontman Tyler Glenn has come out as gay.

The singer and longtime AP reader publicly addresses his sexuality in the Rolling Stone issue due out tomorrow, March 25. “I've always felt like I'm an open book, and yet obviously I haven't been completely,” he told RS.

Glenn says he first came out to friends and family last fall, but has struggled with the secret his entire life. “I had my crushes on guys throughout high school, but it was never an overwhelming thing until my twenties. Then I'd be dating girls and in love with my straight friend and it was the worst feeling in the world.”

With his public coming out today, Glenn says via Twitter, “Yes. I am a happy and healthy Mormon gay pop star. I don't know what it all means, but I'm ok with it.”

Got some stuff to tell you today

I have a lot to say, and a lot more I do say in the upcoming issue of Rolling Stone magazine.

But all I can say right now is I'm the happiest lil weirdo i've been in my whole entire life. Thank you for the support and love. XT

Yes. I am a happy and healthy Mormon gay pop star. I don't know what it all means, but I'm ok with it. http://t.co/PEcgvRsGn6